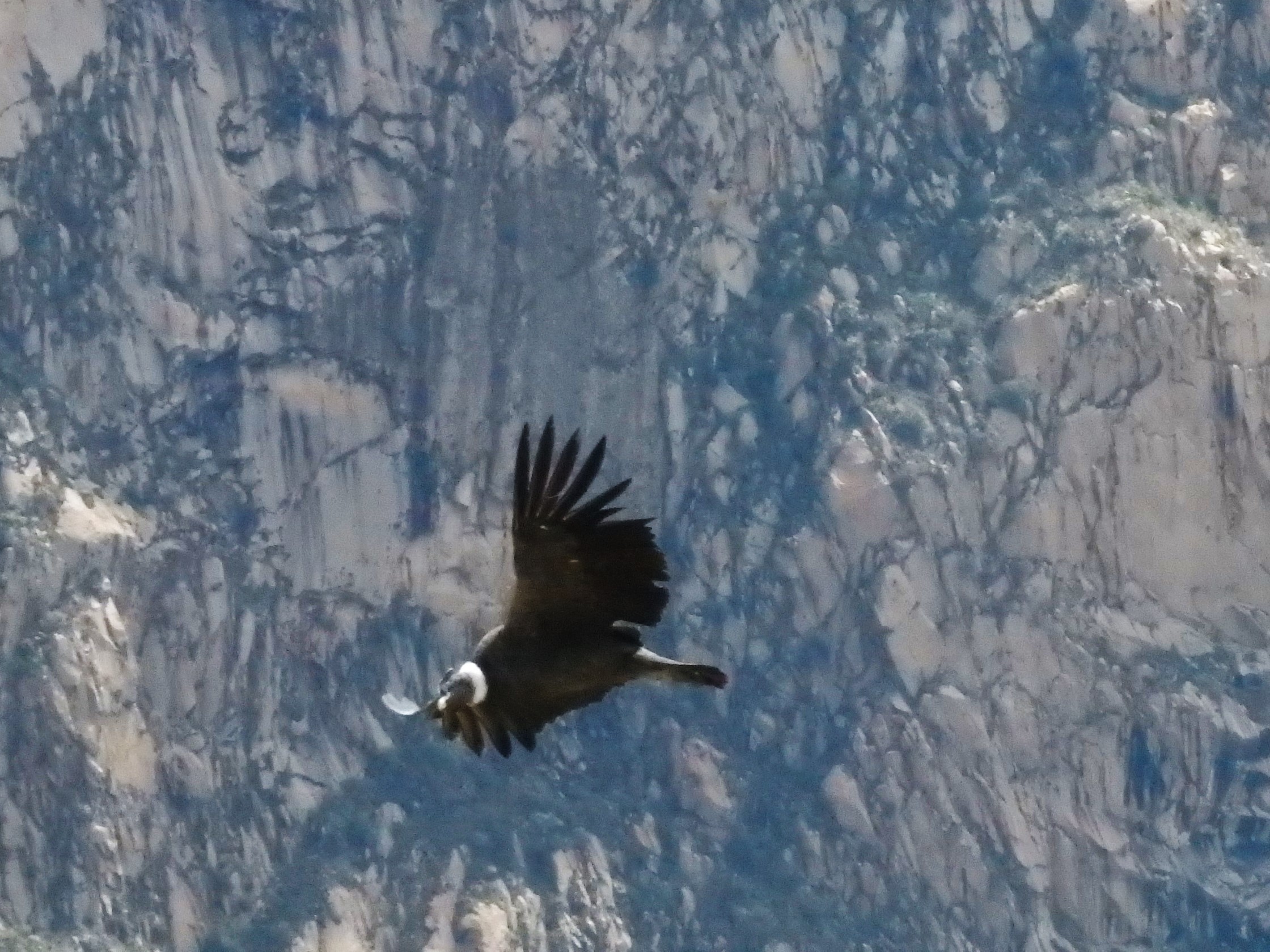 “There’s no leaving Colca Canyon without visiting Cruz del Condor”, that’s what a man in my favorite shop in Yanque told me, together with other locals.

And one misty morning, as there were still a few clouds from last night’s rain rolling above Yanque, I set off to explore the Colca canyon. There are many touristic buses going there, costing various prices (their advantage could be that they are stopping at every lookout because every part of the canyon is pretty in a different way). I chose the local company called Señor de los Milagros that took me there for only 5 soles. 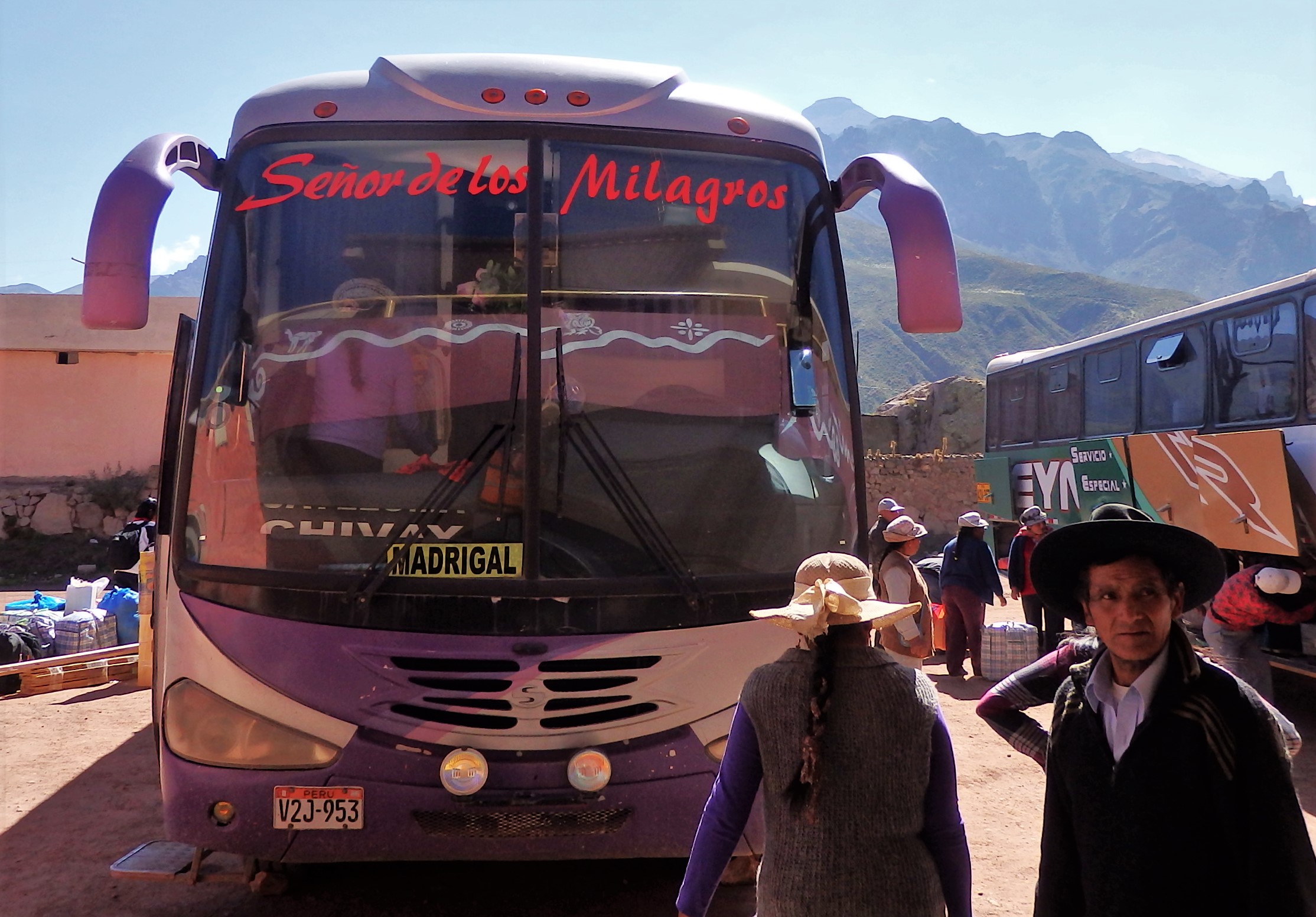 From rather dry, brownish land that is typical for Yanque area, the canyon gets greener the further you go. I could admire huge plateaus and on them, the cascade fields, so typical for Inca era, still functioning well for people who work these lands these days.

The deeper we went the more dramatic the mountains in the canyon looked. Finally arriving at Cruz del Condor, my sight landed on beautiful jagged rocks with water streams almost falling down as waterfalls – that steep they were! One could get dizzy from looking down. Deep in that valley, there was the roaring river, easy to be heard once you peaked over the steep cliffs. At this moment – the rainy season – it is wild and big, it would make a fun ride on a kayak or a raft. 🙂

I sat a wall of a lookout, my feet hanging down into the void of the valley, I patiently waited for the condors to appear. There was an ever-present sound of birds, singing and buzzing like insects, surrounding me. And there it was, one huge bird raised from the depth of the canyon and flew just above my head.

He flew back in circles several times, always suddenly appearing and vanishing as fast as he showed up from behind a rocky cliff. When he flew deep into the valley again, I could spot a couple more condors, flying low, looking really small and hoping they’d want to visit. What happened instead was a cloud, that has risen from the valley, gradually covering all the surroundings in white blanket. And that was a sign for me and everybody else who wanted to see the condors that day, to pack up and go home, that’s it for the day. 🙂 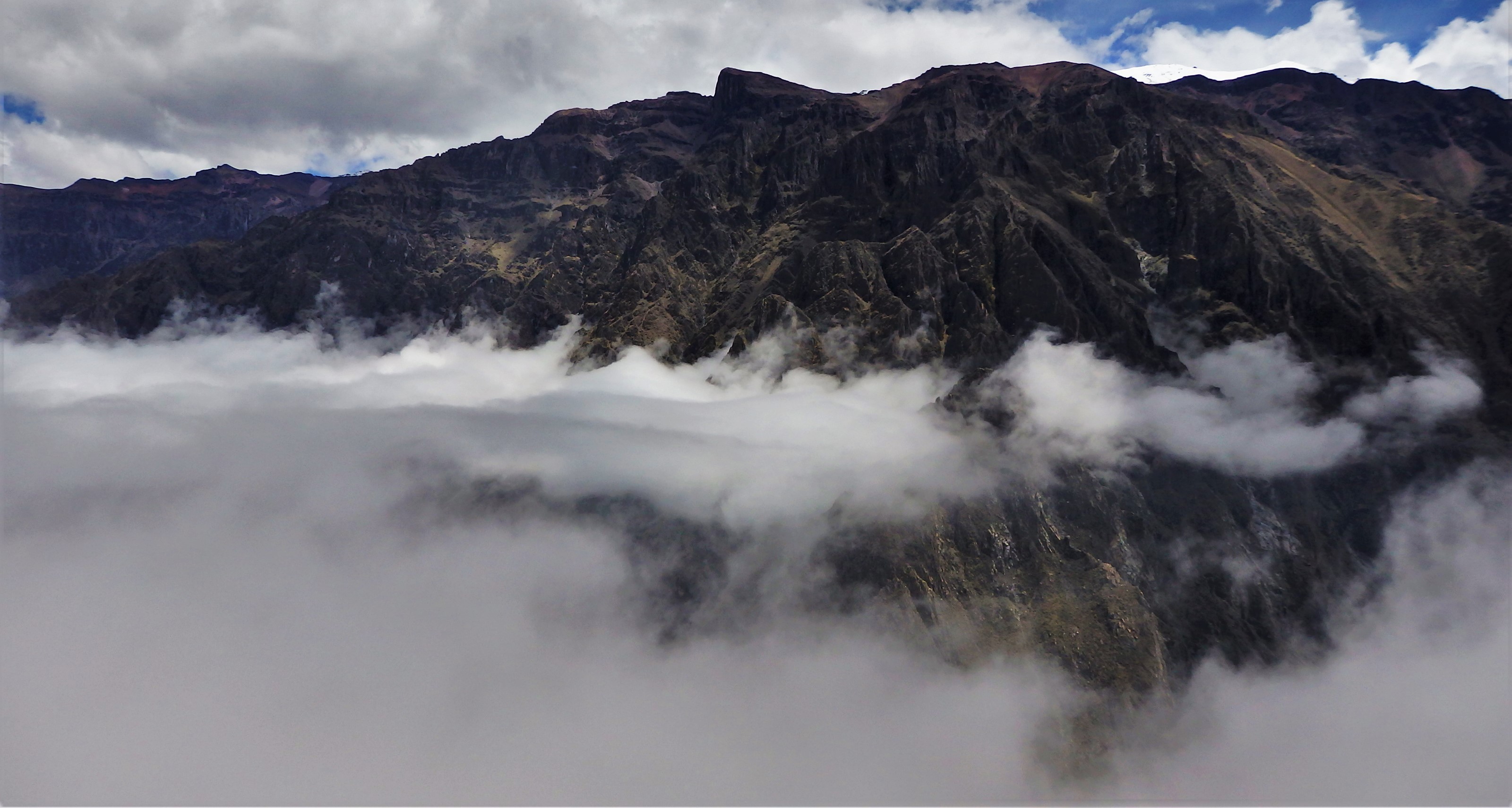