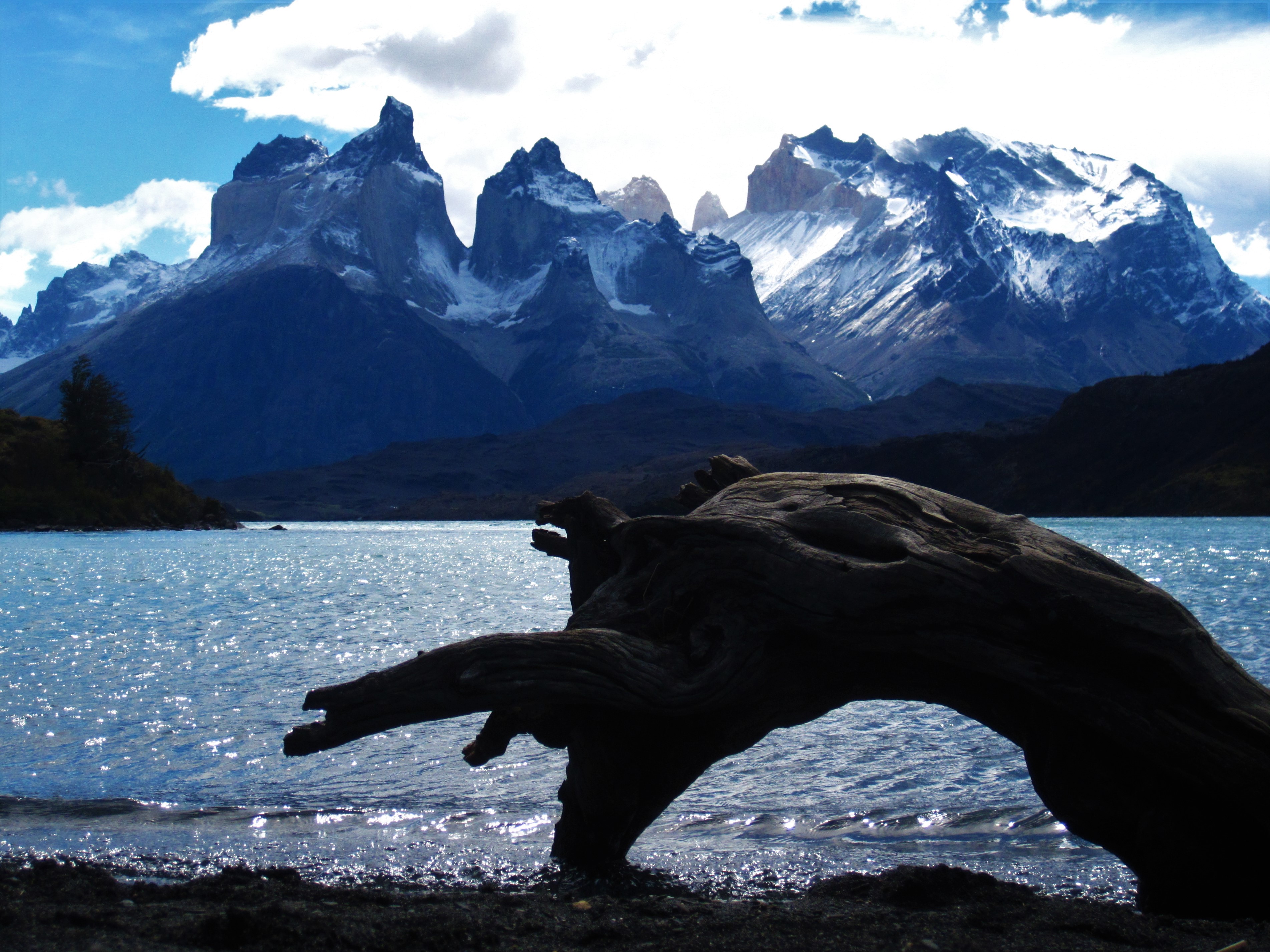 That very strong desire to come and visit south Chile came from a big dream of mine, to see Torres del Paine with my own eyes. So no wonder I found my way down to south Patagonia despite being close to broke at that time …

There are several ways of getting to Puerto Natales – which is a good starting point into the Torres del Paine National Park. You could either fly, take a ferry that departs from Puerto Montt (Chile), or travel via Argentina (from El Calafate it is only 5 hour bus ride). And that’s what I did. Crossing borders between these two countries is very easy and can actually prolong your stay in either of those: you always get new 3 months tourist visa once you cross the border again. With so much to see in this part of the world, it only makes sense to stay more than 3 months. 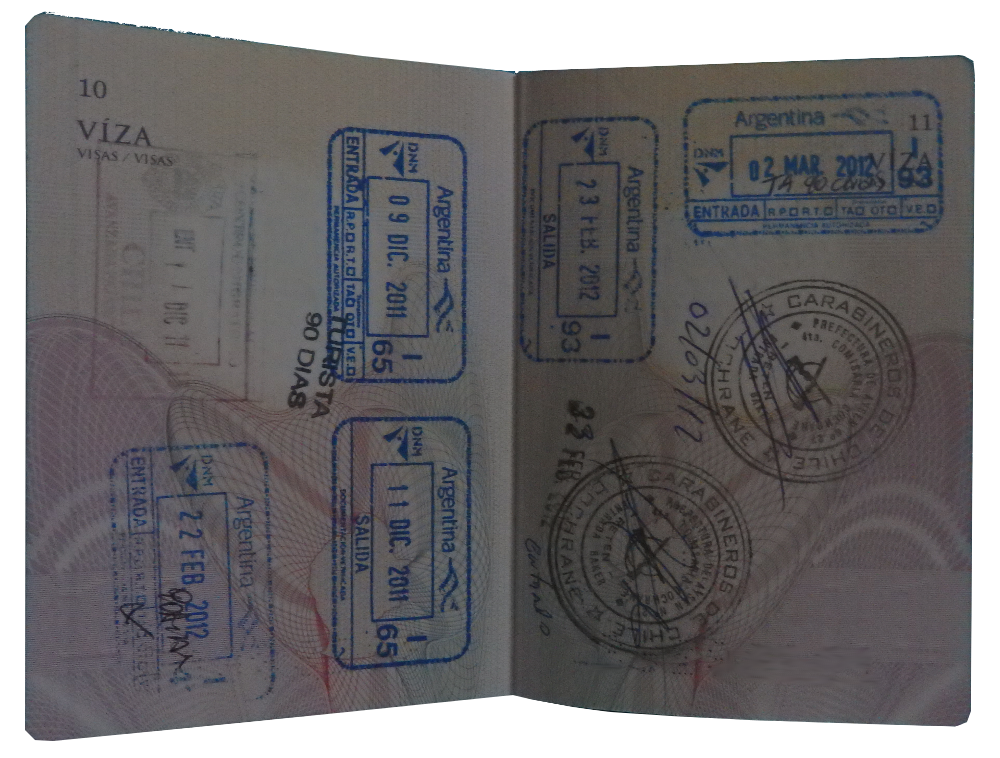 Puerto Natales is a small end-of-the-world kind of town. The life here is rough, especially for ever-present strong winds but there is a lot of beauty in this kind of landscape. The town spreads alongside of a fjord and walking along its shore will blow you away. Or at least your hat or other things you wouldn’t hold on to tight enough. 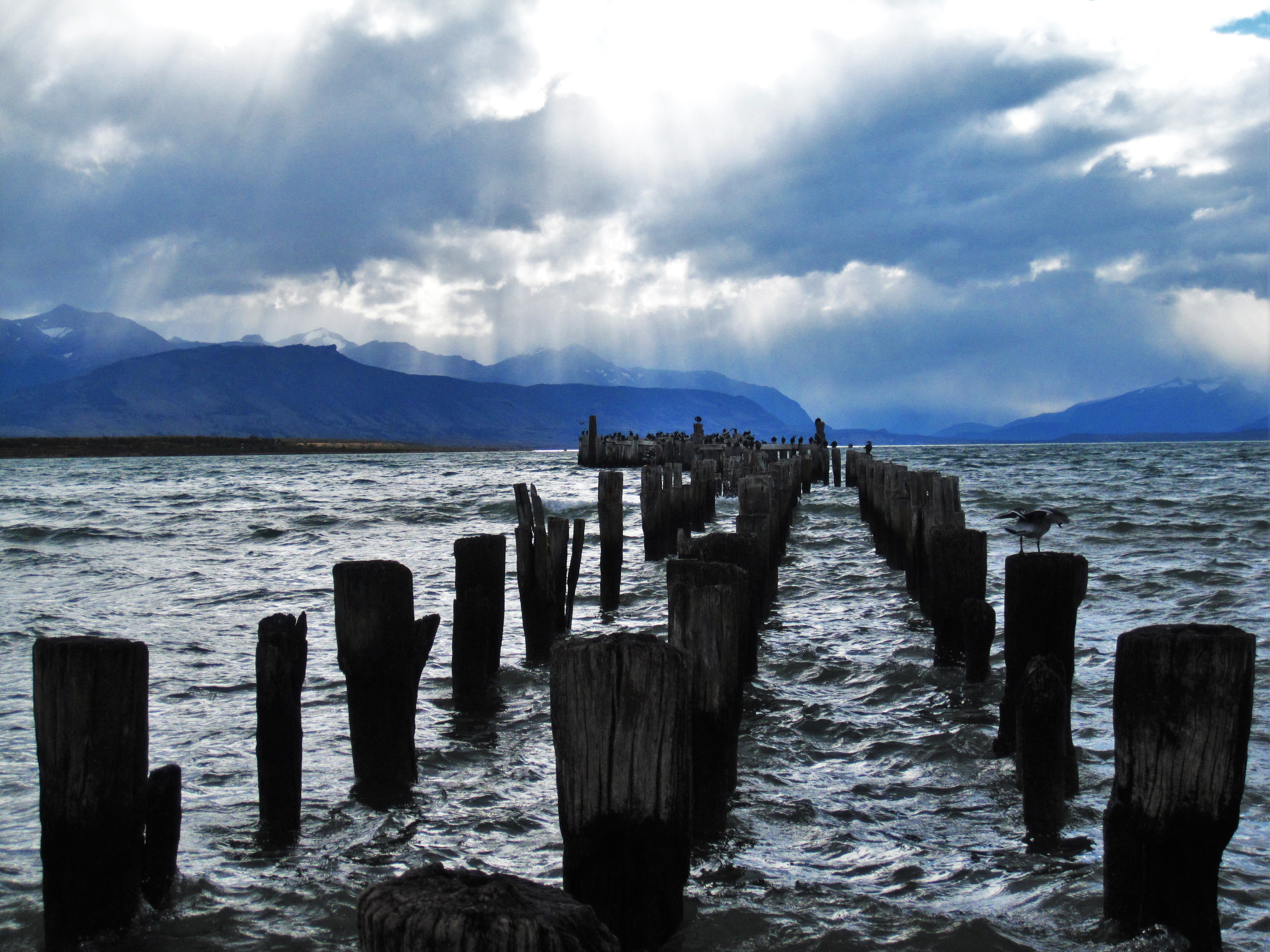 I visited Torres del Paine National Park with a Spanish speaking tour of Chilean seniors that would take us to several places in the park from where we would get views of the Torres from various angels. Our guide was a local who spent many years living in this area, he knew a lot and no question could surprise him. I was amazed and curious about the double color of the rocks on the top of the granite stone Torres.

Did you know that …

13 million years ago, magma rose from the deep interiors towards the surface. At some point, the magma was trapped into the sediments they were crossing and accumulated in a large sub-horizontal lens. It slowly solidified to form a 1 km-thick and 10 km-large granite body, called laccolith. Subsequently, glaciers eroded the rocks and exposed the laccolith while shaping the fantastic sceneries of Torres del Paine.

The whole area is truly spectacular. The lagoons in the National Park strike your eyes with unbelievable blue color. Most of them contain salt as this part once used to be a part of the ocean. Where salt lagoon meets with a sweet water one, you can see a visible change of its color. It’s a nature’s wonder. 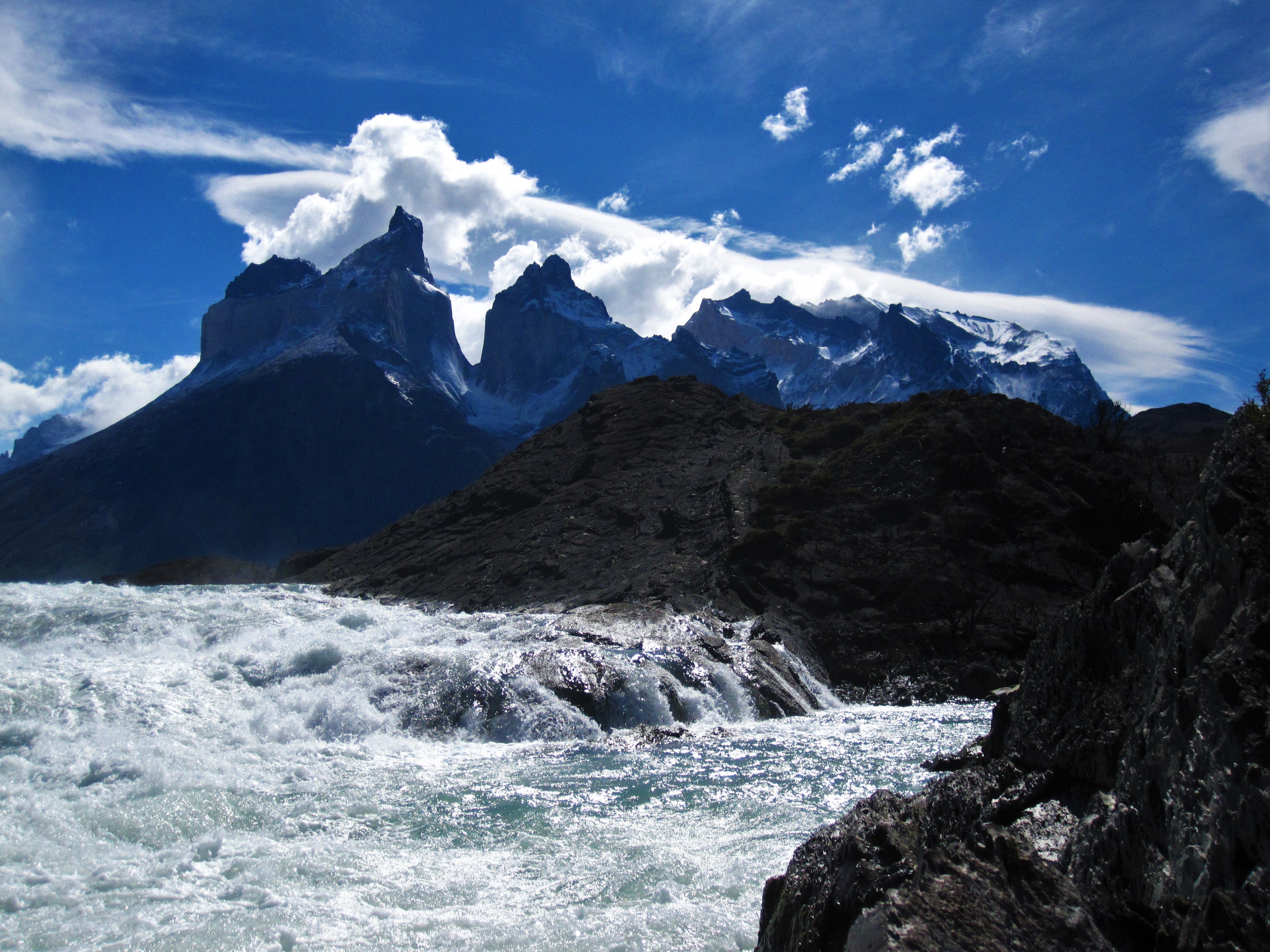 We took a walk to the moraine lake of Grey Glacier with its huge blue icebergs floating on. It was an incredibly windy place and every time I wanted to take a picture, I had to lie down on the stone beach in order to prevent the camera from shaking too much. My new friends from the tour were prepared. As we gathered after the walk back to the minibus, they pulled out a bottle of whiskey and this thousand-year-old ice from the glacier and made a stylish drink for everyone to taste. :o)

On the way back to Puerto Natales and by the end of the tour, we visited Mylodon cave, a home to an ancient animal that used to walk the Earth some 10,000 years ago. 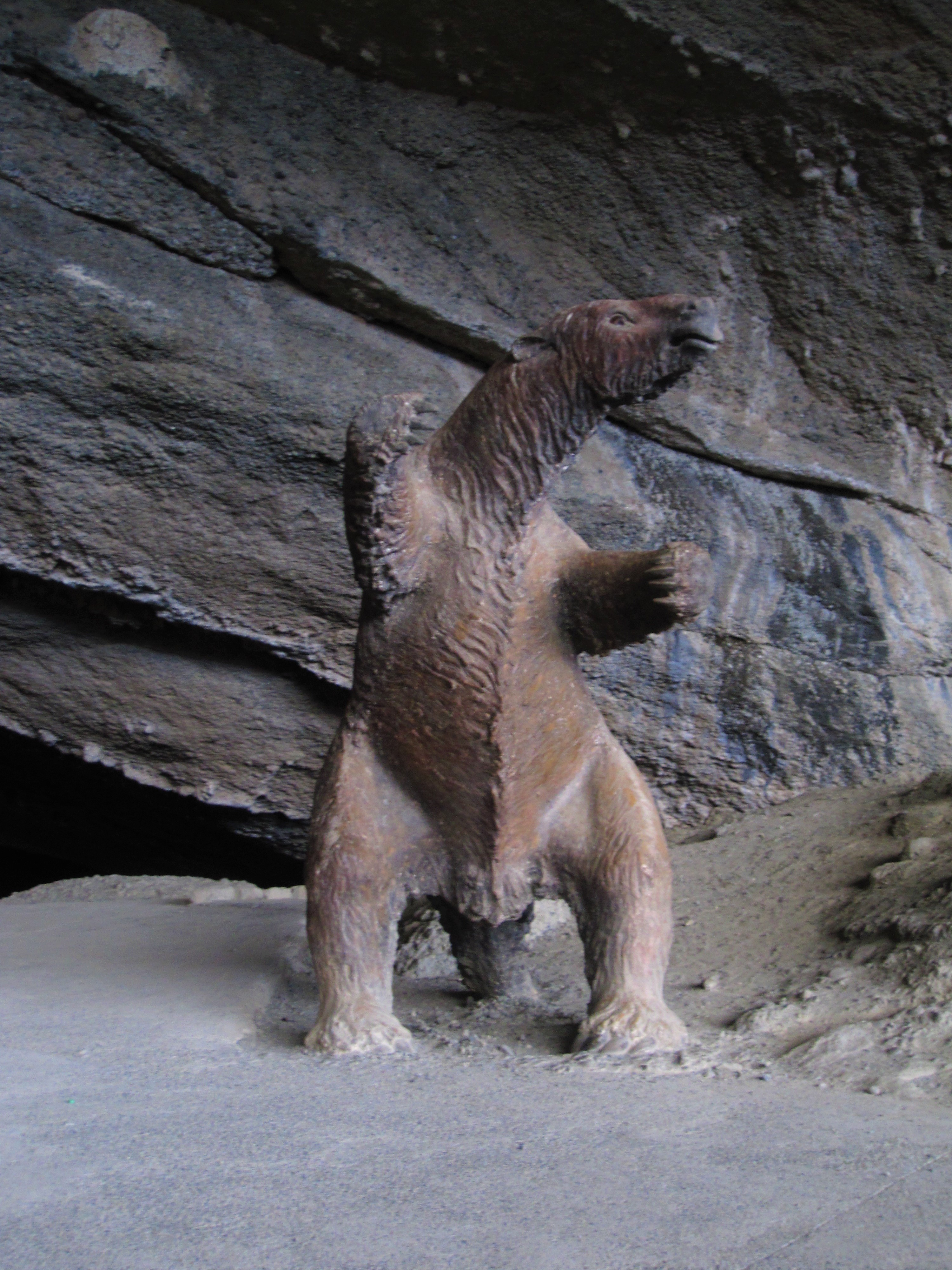