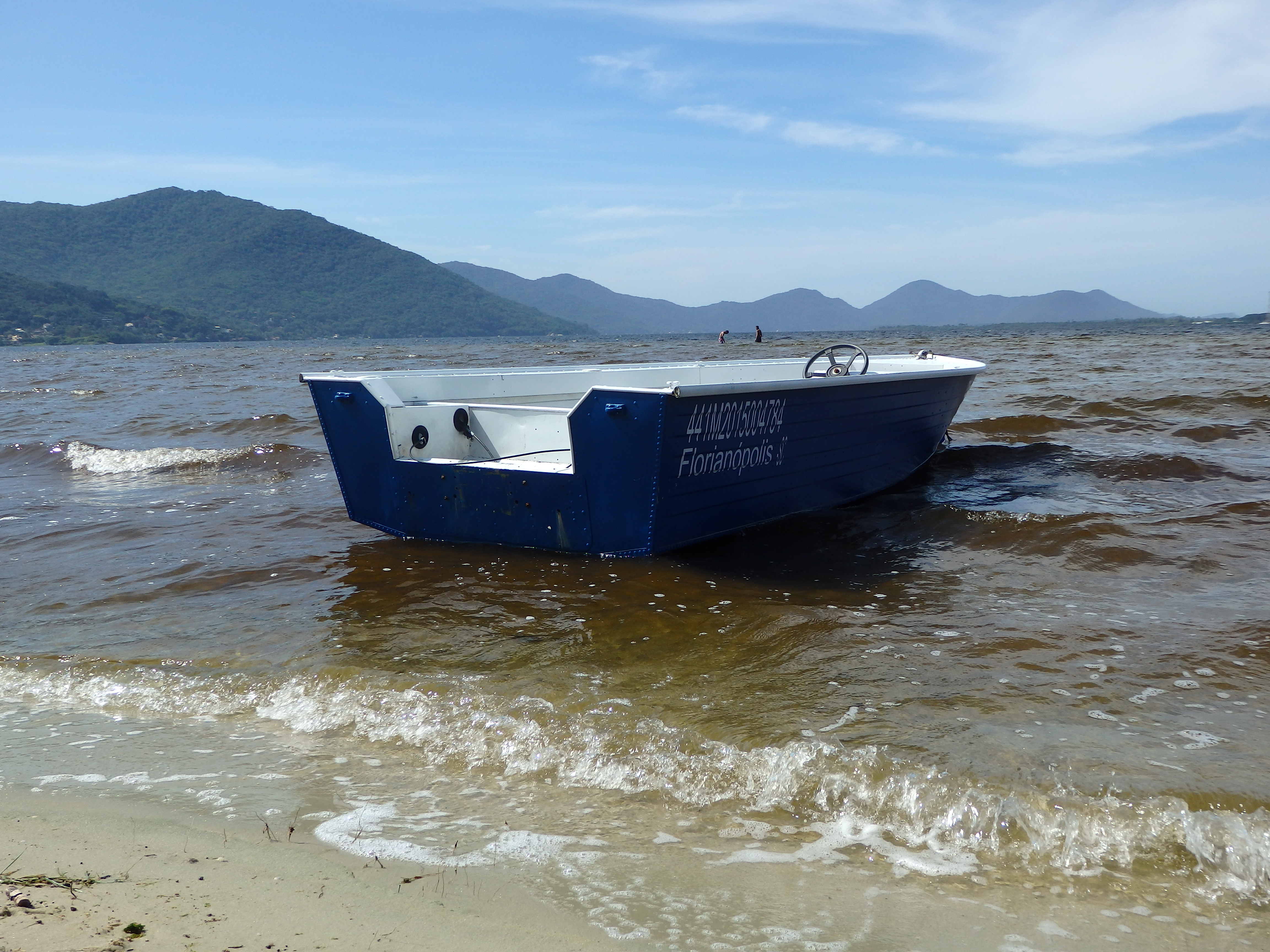 Turquoise beaches, soft sand that makes your feel feel like walking in the clouds, washed gently by soft sea foam … or getting rolled over and over by ever coming waves – yes it’s a surfers’ spot! Tons of green jungle forests with all kinds of animals living there, just if you stop and wait, they will come. I’ve been living on Santa Catarina for over a month and there comes a time when I should write a little bit about my temporary hometown island. OK, here it goes …

Santa Catarina island, is mostly referred to by Florianópolis (also known as Floripa), a capital city of Santa Catarina state in the south of Brazil. Besides the main city, there are several village-like districts, like the one in Lagoa da Conceição, where I live. Such place has shops, bars, tourist activities and beaches nearby … what more to wish for? 🙂

The rest of the island belongs to coastal Atlantic forests that cover hills, you can get as easily lost in them as to find some incredible views over Santa Catarina and its surrounding little islands. On my exploration hikes I haven’t met many people but instead came across some monkeys, lizards, tarantulas, colorful birds and butterflies, turtles and … owls!

Owls are the symbol of the island. They have their nests in the beach sand and actually now is the time when they show their babies the outside world. They are extremely cute. But careful! If you come too close to them, their angry mom will come and yell at you really bad! She’s always watching.

There are altogether 42 beaches in Santa Catarina. Some of the best known ones and also my favorites are: Praia Mole, Praia Galheta, Barra da Lagoa and Praia Moçambique, Praia Joaquina, Praia do Matadeiro … and many many more. Some of them you have to hike to and that makes them even more special and remote, such as Lagoinha do Leste or Praia da Solidão, or … a secret beach that only the locals know about. 😉

The nature on the island is well preserved and obviously the prettiest places can be accessed only by foot. There are plenty of treks. The top ones that I was able to discover, are: trilha para Lagoinha do Leste, trilha para Costa da Lagoa, from Barra da Lagoa to Praia da Galheta, or coastal trail from Gravatá beach to Joaquina.

A little bit of history:
First inhabitants of Santa Catarina island, the Carijós Indians, called it “Meiembipe” (mountain along the channel). There can still be found traces of their presence all over the island and some are dated 4000 years ago.

When Portuguese arrived, around 1514, they gave it the name Ilha dos Patos and later renamed to Ilha de Santa Catarina (Saint Catherine Island). At that time, the island supplied the vessels going to the River Plate (Río de la Plata) Basin. The major population happened between 1747 and 1756 with the arrival of about 6,000 settlers coming from the Archipelago of Azores and from Madeira Island.

Witches and mysteries
Another name for Santa Catarina is the “Island of Magic” for its geography similar to the figure of a Witch. Some of the settlers from Azores, arriving in 1600s were actually witches who escaped persecution back in Europe and found a safe haven here on the island. They are famous for knitting and there is a statute of one in the main square of Lagoa da Conceição.

… and you can still spot real ladies knitting in the streets:

People from the island also believe in a special energy surrounding it. They say that it is not you to choose to live here, but it is the island that either attracts you or denies you. If you don’t get accepted by the island, soon there will come a reason that forces you to leave. If you get accepted on the other hand, everything will go smooth and easy for you over here. Especially the people who have good intentions will feel really good and even get cured of their diseases and get rid of their allergies. I just wonder, which one is gonna be me, am I going to hang on? 🙂 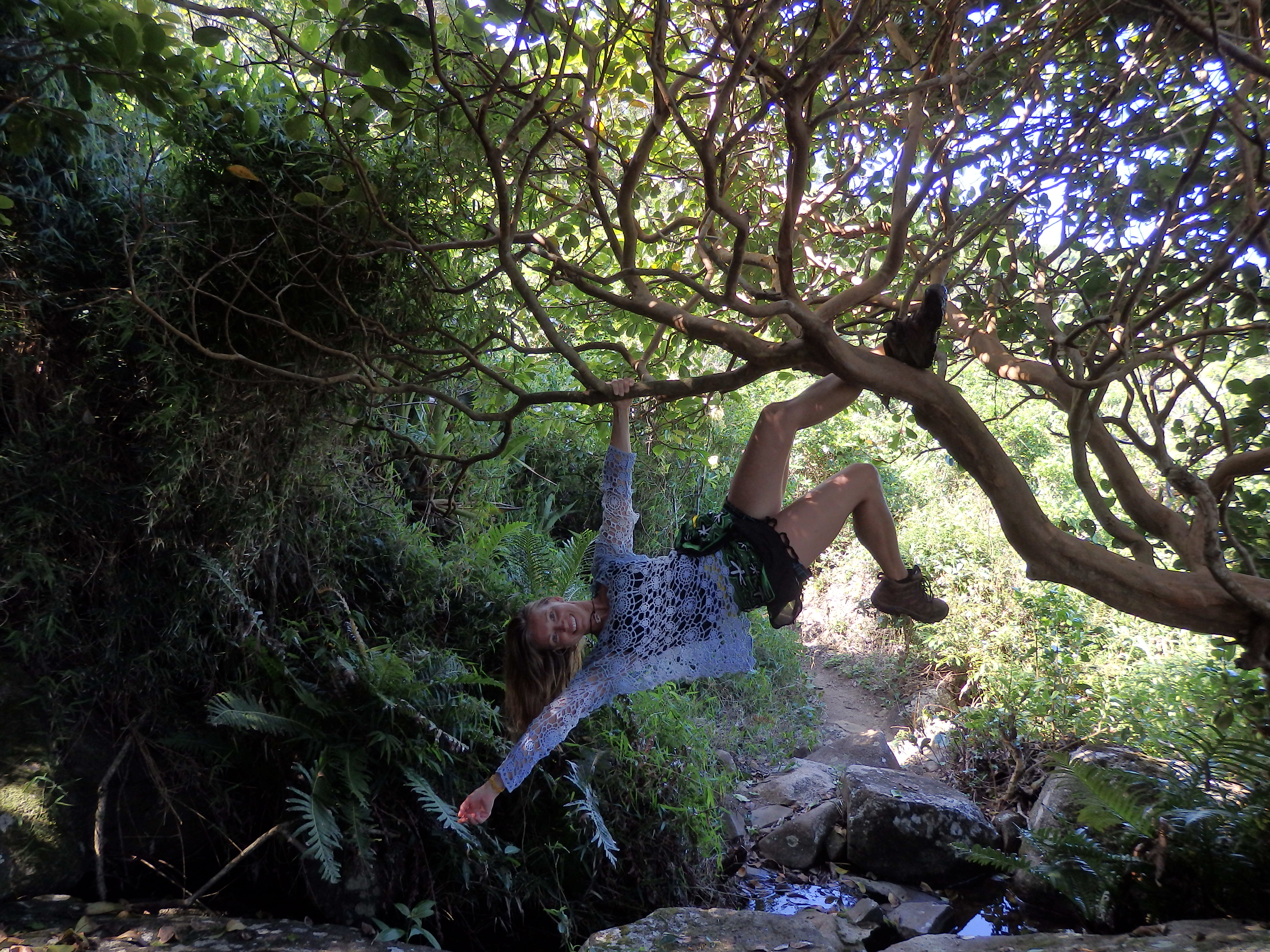