West of Vancouver, though sheltered from the Pacific Ocean by Vancouver island, an explorer can find a group of gulf islands, scattered across the sea. Each of them has it’s own unique flavor, varying from bustling arts and local hippie community to wild nature retreats where you can escape from the civilization.

Part of the perks of living on Vancouver Island and so close to the ferry terminal is the chance to just hop on a ferry and go explore one of the gulf islands:

My first trip was to Saturna island. In fact it was a rather spontaneous decision to get off the ferry and step on an island that looked most appealing at the time. The ferry terminal is pretty much the only place that offers places to eat and has a little gas station.

I was riding a bike that took me across the island, through following a winding road with ocean views on one side and true wilderness on the other, occasionally surprising a deer grazing on the side of the road. East Point Park is a place to go see orcas or humpback whales. It is a charming place with many small trails along the coastline and a little lighthouse at its most south-eastern point. 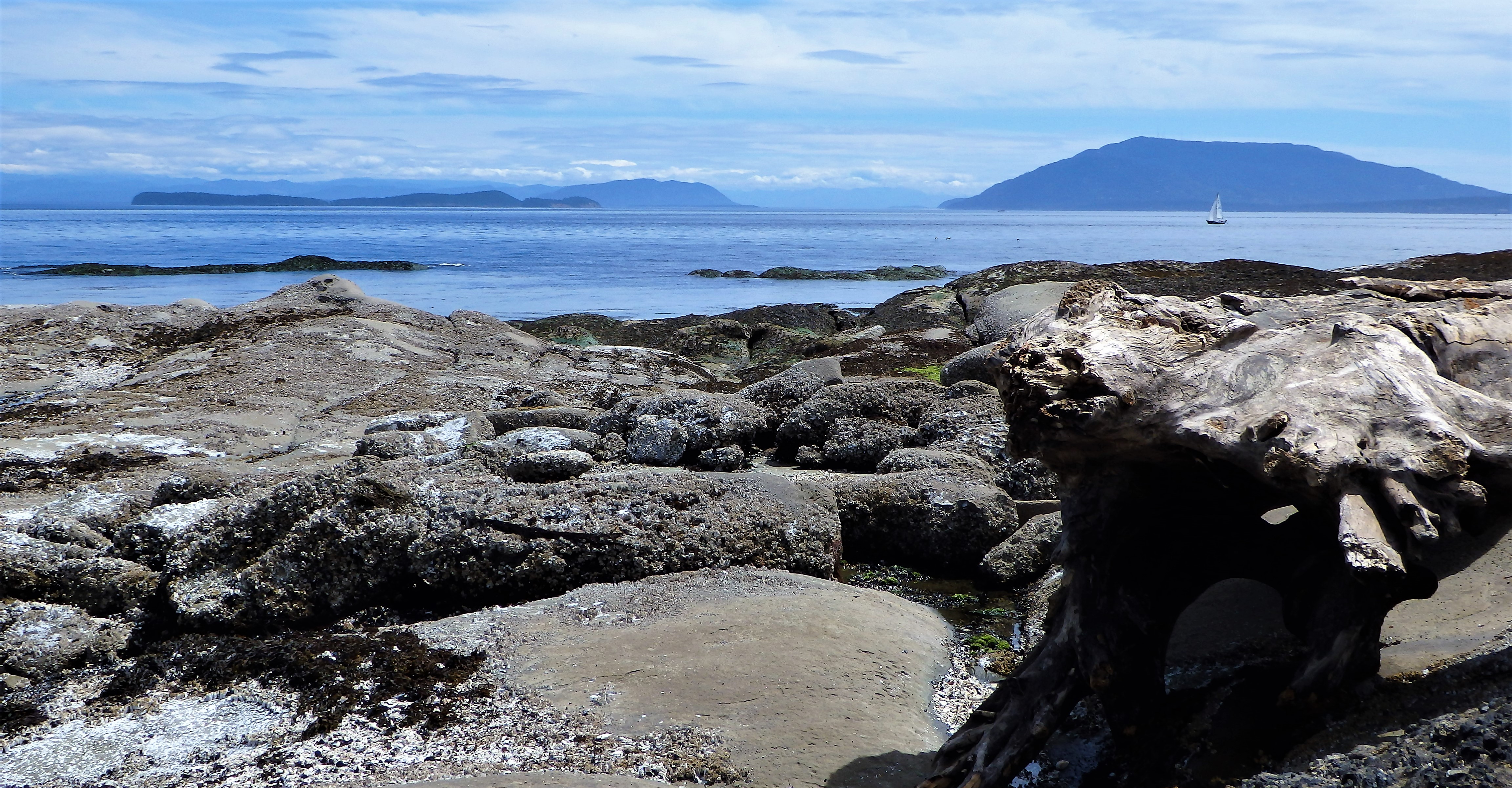 Salt Spring Island is the largest of the Southern Gulf Islands and it has its own culture, community. The island has its bustling hub in the village of Ganges with a wide selection of restaurants and pubs with evening entertainment. Ganges is probably most famous for its Saturday farmers’ market where you can find all kinds of farmers’ produce, but also tons of art and live band playing in between the stands.

Unlike other more remote gulf islands, Salt Spring has buses operating daily to get you from place to place. It’s worthwhile to do a tour around the island. Salt Spring has some pretty beaches in the north and amazing views from its highest point – Mount Maxwell (602 m). 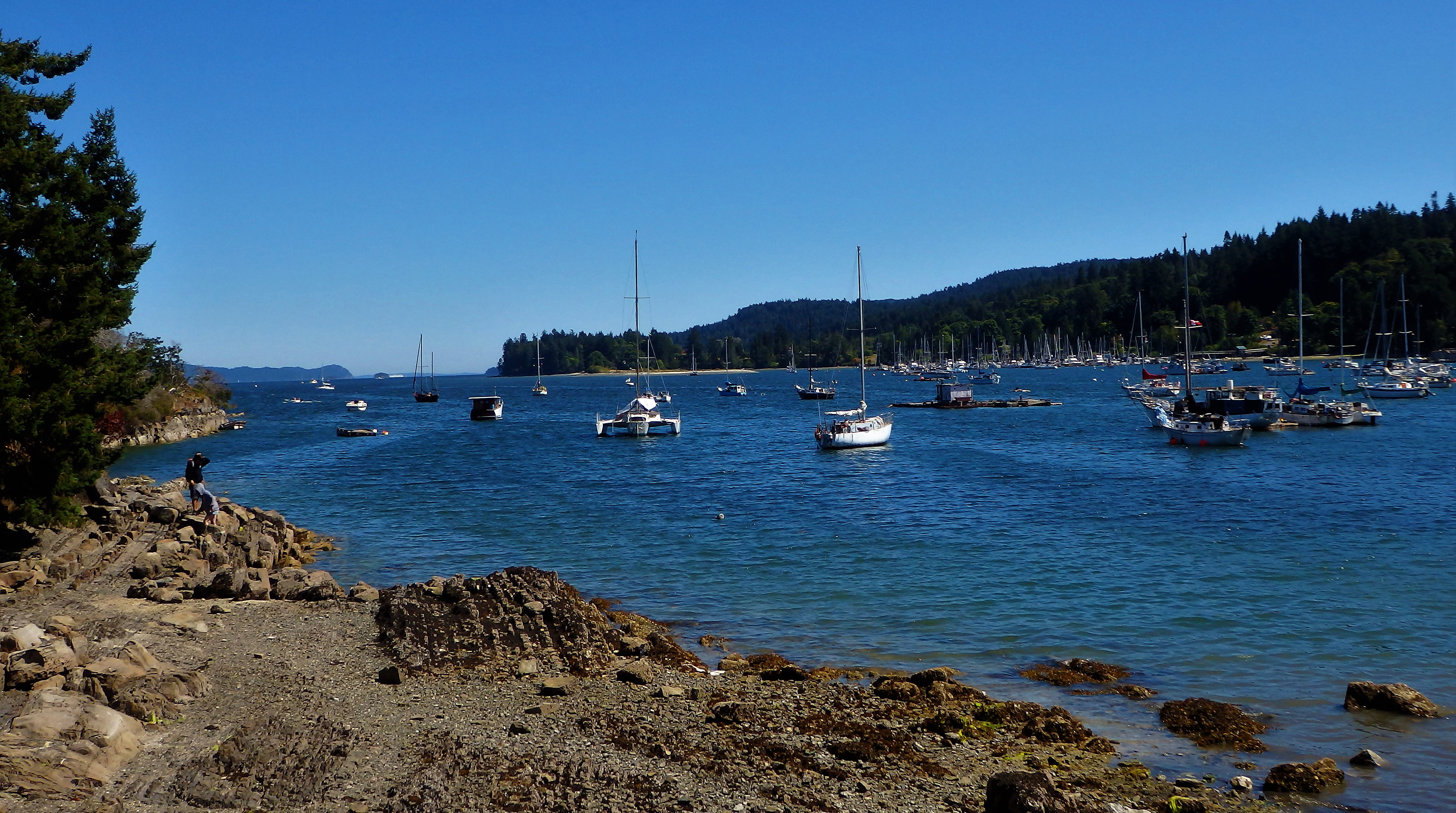 It consists of two islands, North Pender and South Pender, but used to be one peace of land until 1902, when a canal was dredged to allow easy access between Bedwell Harbour and Port Browning. creating the islands as we now know them.

Pender Island offers so much to do. There are miles of hiking trails, blossoming natural lakes to swim in, pretty beaches and view points and also local disc golf course. It is a must thing to do so when I was heading towards Pender, I was also equipped with a frisbee.

Lots of the pretty beaches are best accessed on water, should you use a sail boat, row boat or a kayak. I chose to cruise both Pender Islands on a scooter and camp on Shingle Bay beach, falling asleep with a sound of waves gently washing the shore. 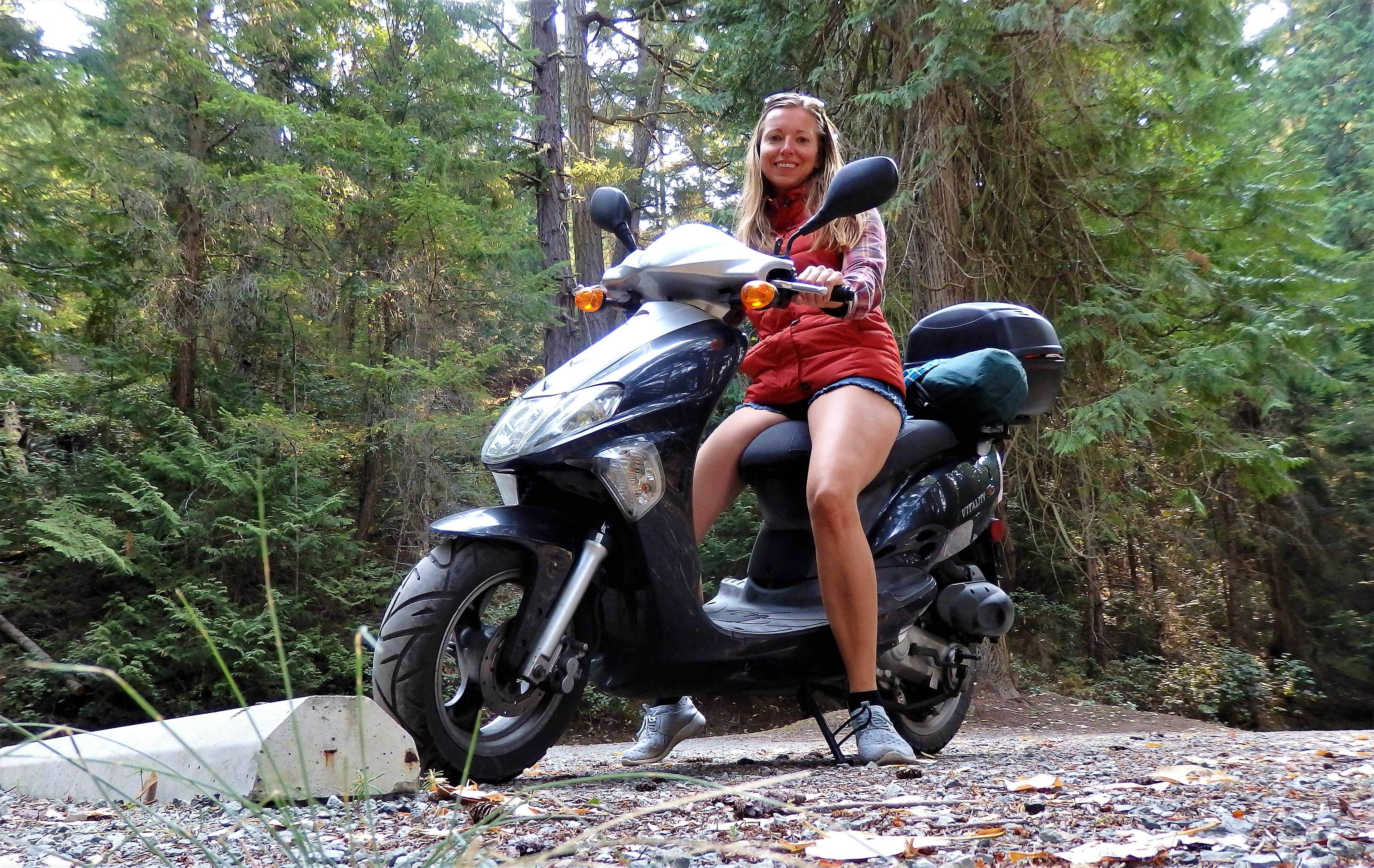 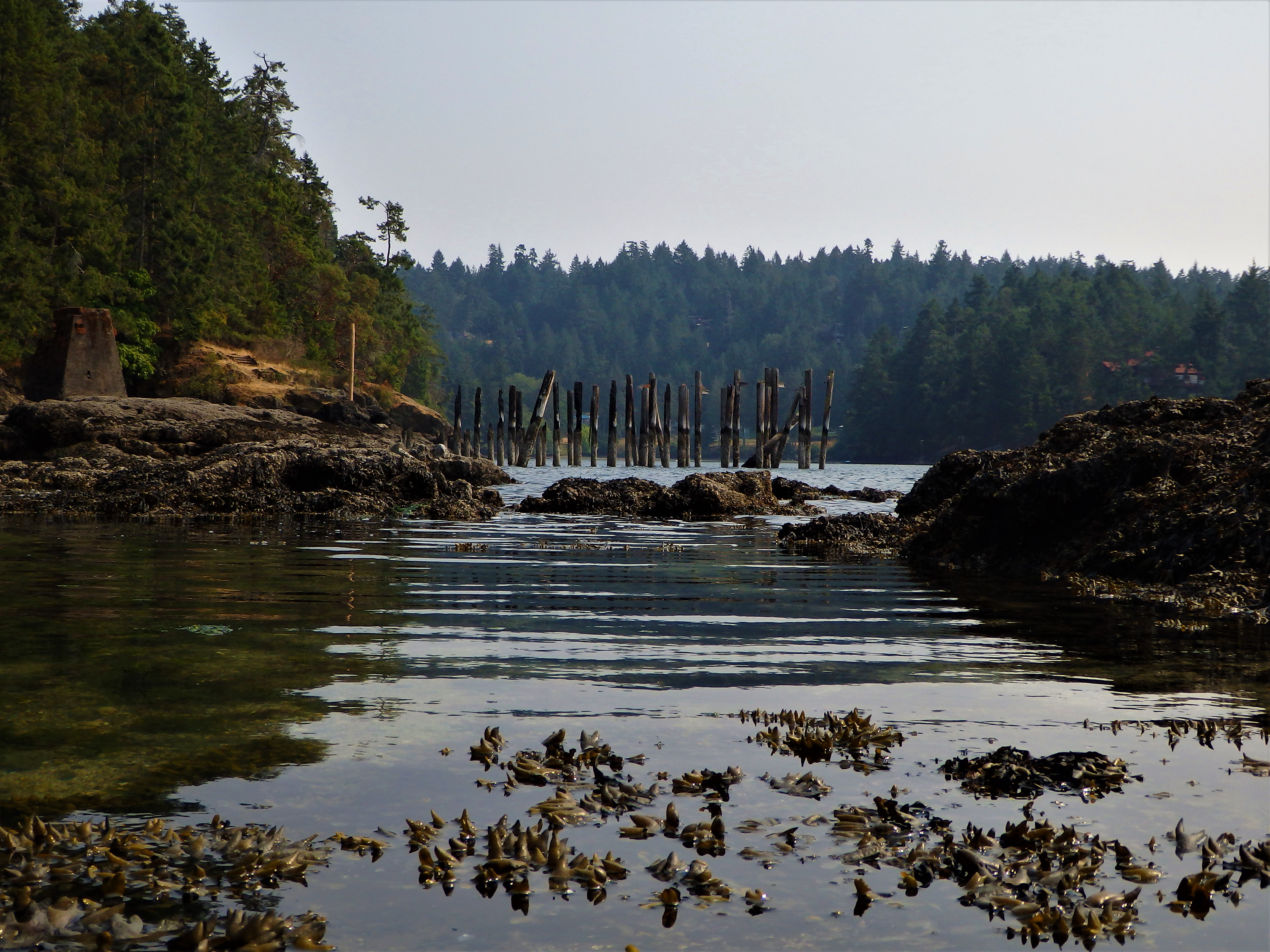 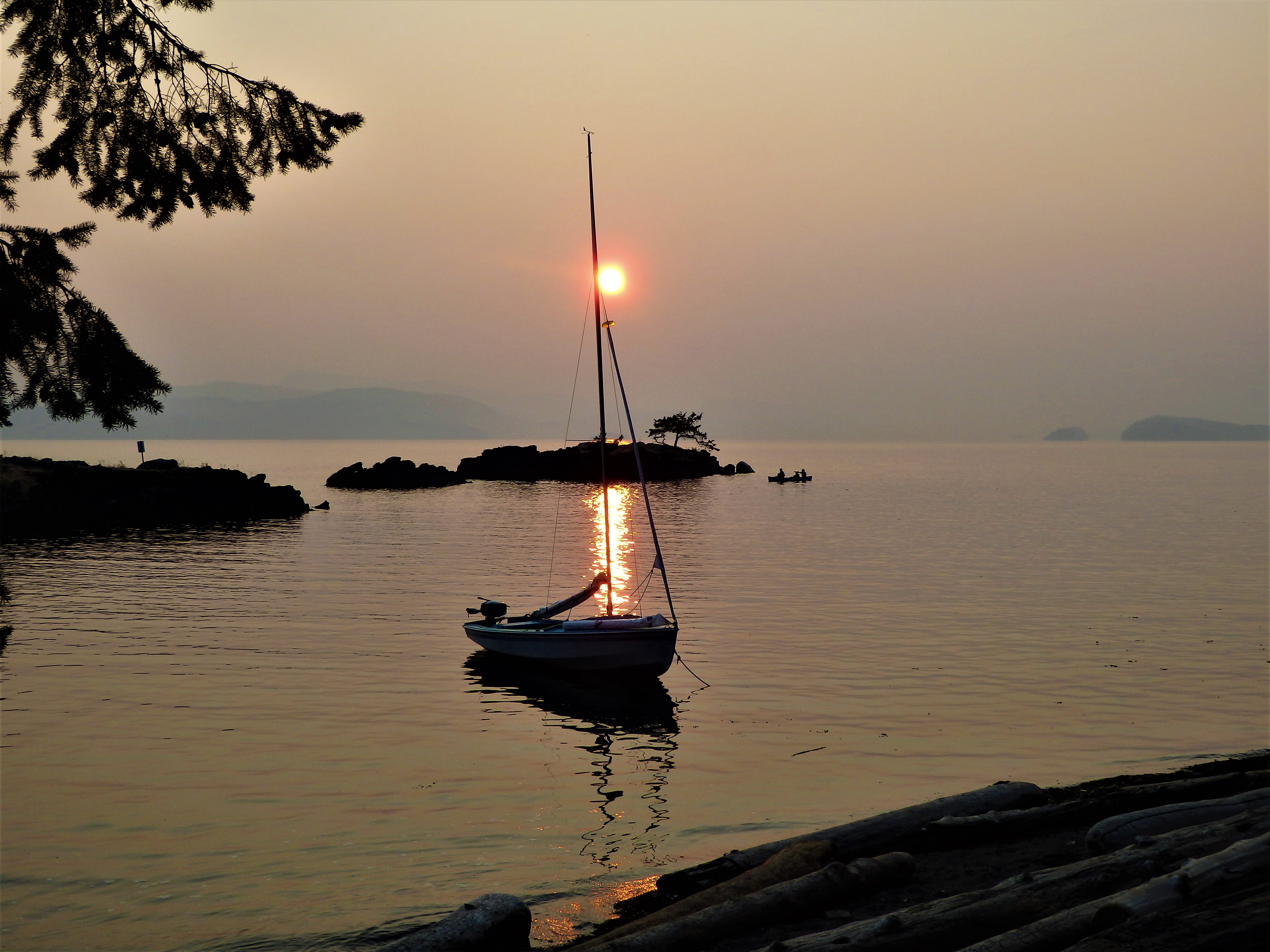 Mayne is an island with a lot of history. During the 1858 Fraser River gold rush, the miners camped in what is still called Miners’ Bay, and the historic Springwater Lodge has been in use since 1895.

The island offers lots of outdoor recreation activities including hiking, cycling, kayaking, and tennis. There are many beaches on the island and several parks which include Mount Parke with a spectacular of the Southern Gulf Islands and Georgina Point Lighthouse at the entrance to Active Pass.

Galiano is the second largest of the Southern Gulf Islands and also the closest to Vancouver. The village around the Sturdies Bay ferry terminal has many little shops and cafés but if you’re seeking more peace and nature, you can head up the long narrow northern section, where parks and trails are less busy.

Which one of the Gulf Islands is gonna be your next adventure? 🙂