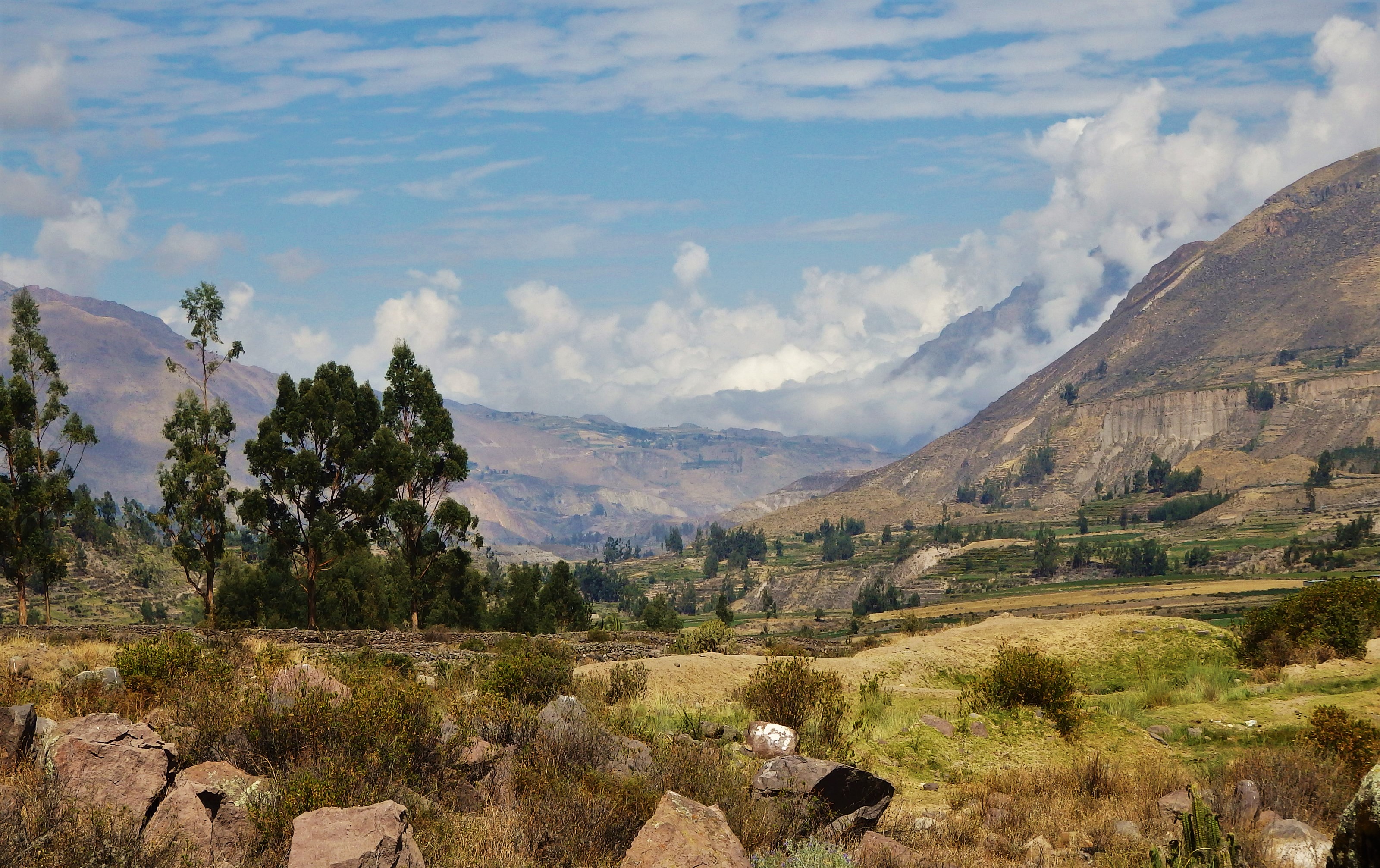 Discovering hills and valleys of Colca Canyon, what would you find? Perhaps some locals working their fields, milking cows or herding sheep, perhaps even an old mill from colonial times …

I went there on my very first day, when I arrived to Tradicion Colca. My task now was to re-discover the route so that I could take our guests there on cabalgatas. There was one horse yet to be ridden – Caramelo – and although he didn’t quite feel like working that afternoon, I put a saddle on him and off we went.

Up, up we climb

We took a path right behind the stables and it led us up, first with a mild climb, passing fields of corn, quinoa and other plants, together with pastures for cows and sheep. It was not a rare thing to spot a man milking the cows or an old woman carrying bundle of plants in a colorful fabric cloth, perfectly wrapped around her back.

Perhaps in the middle of this path, we turned into those fields, passing by well-established water irrigation channels that run all the way from the tops of these hills. The trail narrowed, steepened and the poor four-legged thing had to look for his way over a few boulders once in a while.

But we took rests, as many as he wanted, to catch his breath and me to enjoy the view of the beautiful Hualca Hualca volcano. 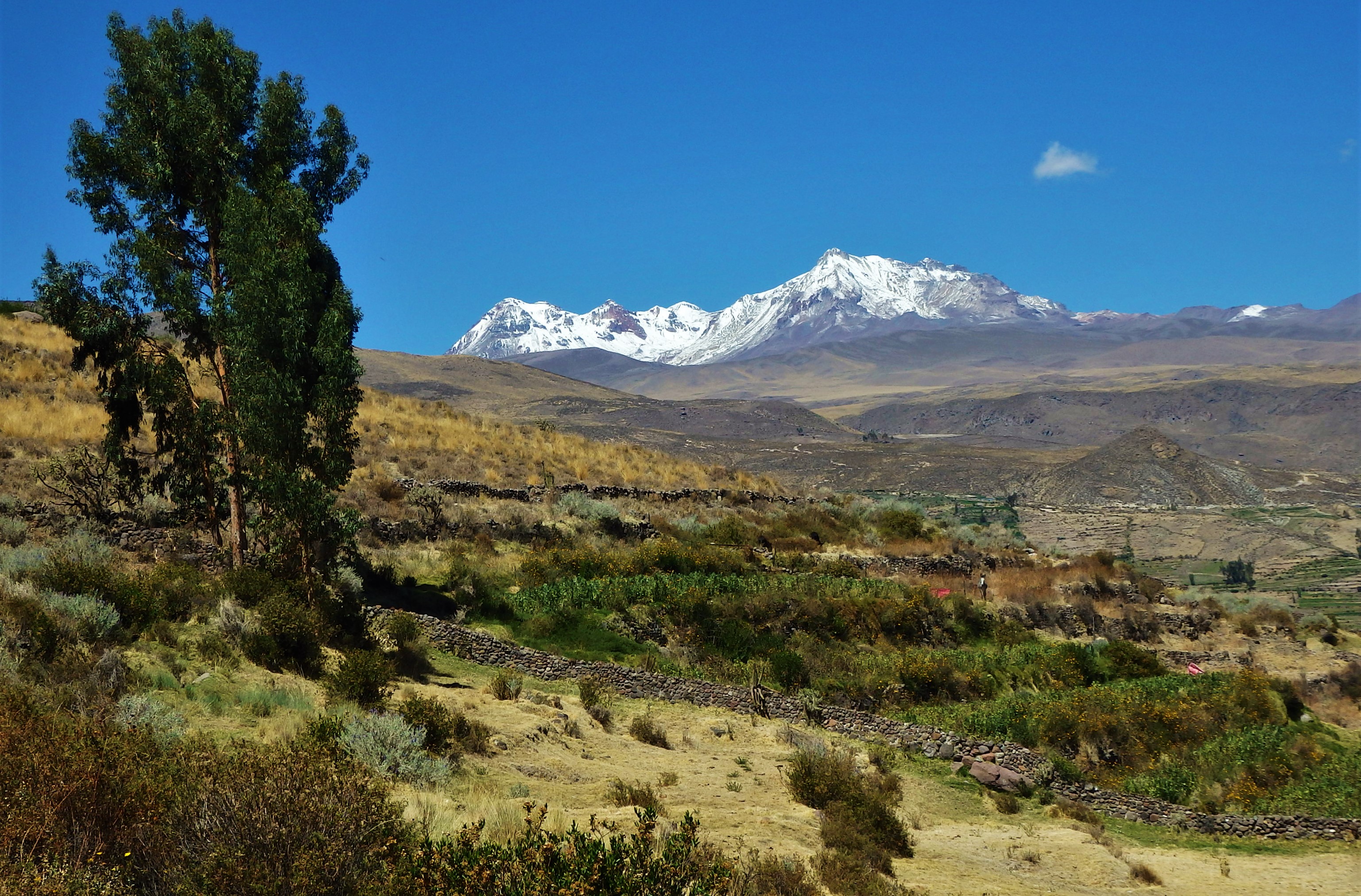 Eventually, we arrived to the top of this hill with a church from where we could enjoy even a better view of the entire part of this valley, with Yanque village, lying on the foot of the hill and a mysterious depth of the Colca Canyon, so mysteriously covered with clouds most of the time. The rainy season was about to start.

The trail then continues deeper into the valley, following a wide road that curves around the irrigation water channels. It’s slightly uphill and one gets tempted to do a little gallop with the horses. Making Caramelo gallop cost me a bit of an effort but he did get moving after all.

And there, hidden in between the trees and surrounded by a fast-moving creek, hides an old mill from colonial times. When the water got diverted to the blades of the waterwheel that rotated an axle that drove the mill’s other machinery and eventually grind the crops and corn in the room above. 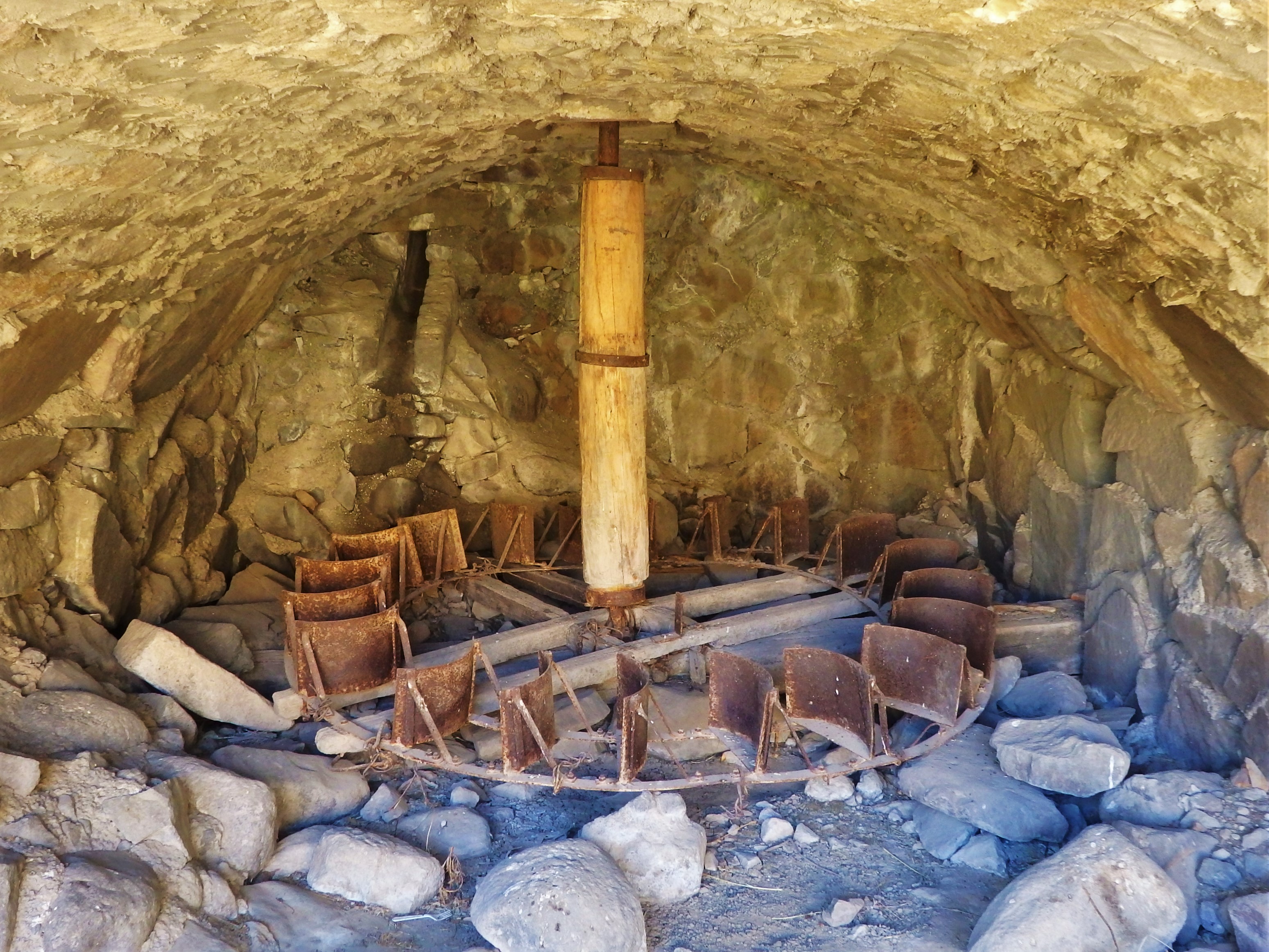 The mill is far long abandoned but still makes an interesting site to visit. What we found at this late hour, was a sneaky fox, trying to walk unseen in between these trees.

Watch out for the cactus

As the evening was approaching fast, we turned back, taking the same road all the way to the church and then turning left, taking steep shortcuts that led us in between the fields. And cactus! A tall person or a person on a tall horse better bends his or her head to avoid cactus that hangs above the path. 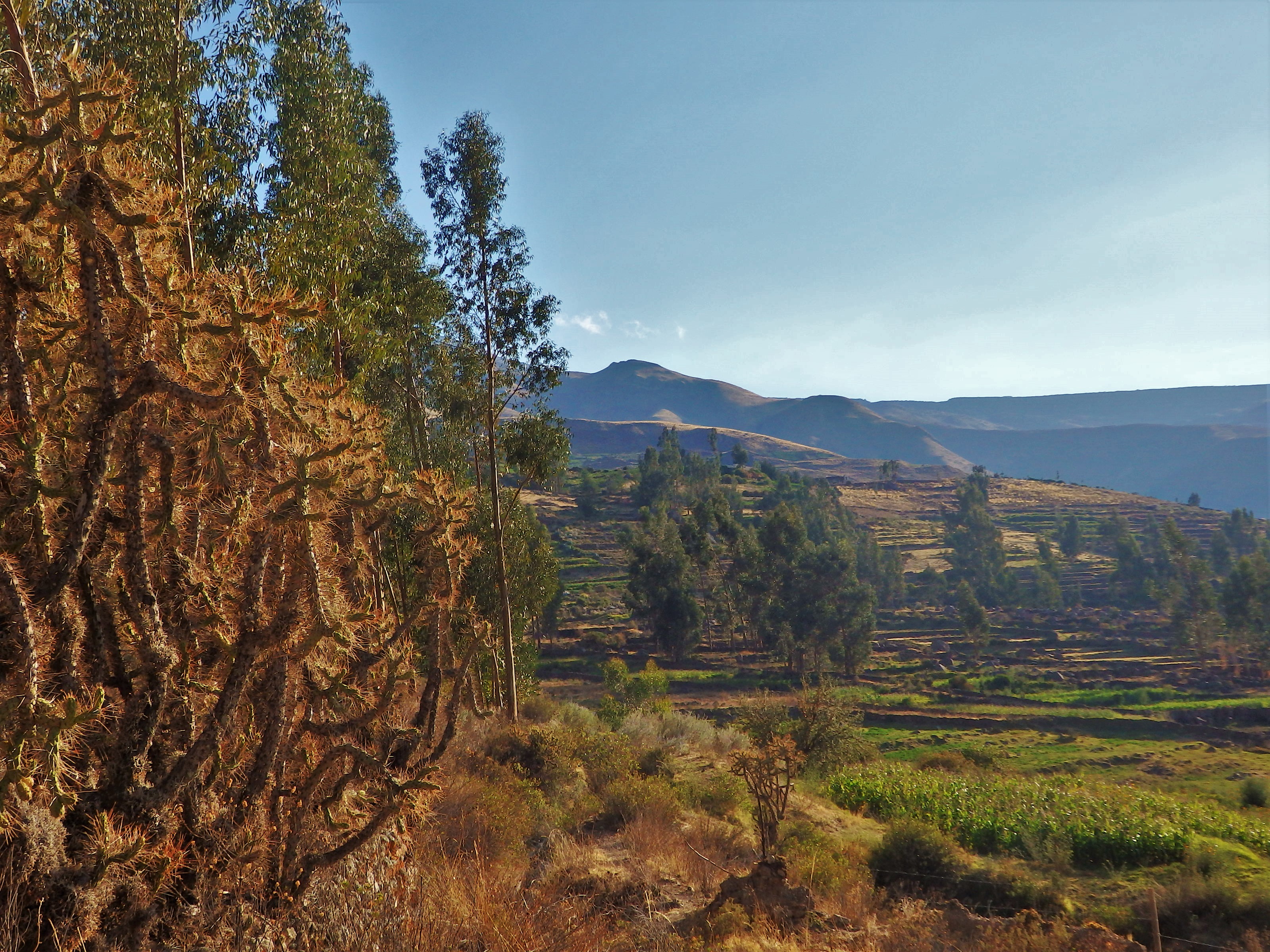 We crossed the road just to find a parallel dirt road that led us exactly where we wanted to arrive – home.

2 thoughts on “A mill from colonial times, hidden in the valley of Colca”