There in the north of Peru, not far from Ecuador and the equator itself, completely surrounded by a desert, is a small settlement called Lobitos. The waves in the Pacific ocean here curl just the perfect way and no wonder it is a paradise for surfers.

“This place has quite a history!” lot of locals say. This place was originally developed for the petroleum industry by a Scottish company, sometime at the end of 19th century. During the First World War, 50% of the shares of the company were bought by the US. The importance of the town grew as it became a home to many foreign workers and it was actually the first town in South America that had its cinema established.

In 1968 all oilfields were ceased and nationalized by the Peruvian military army. The old colonial buildings, including the cinema were dismantled, loaded onto military trucks and sold off. Finally at the end of the effective military presence, Lobitos was discovered by surfers and became an important tourist spot.

“And why Lobitos?” you ask? Well, they say that long long ago, the coast was full of “lobos” – the sea lions. Unfortunately we can’t find these here anymore. Instead, there are oil drills, in the land, as well as in the ocean along the shore. 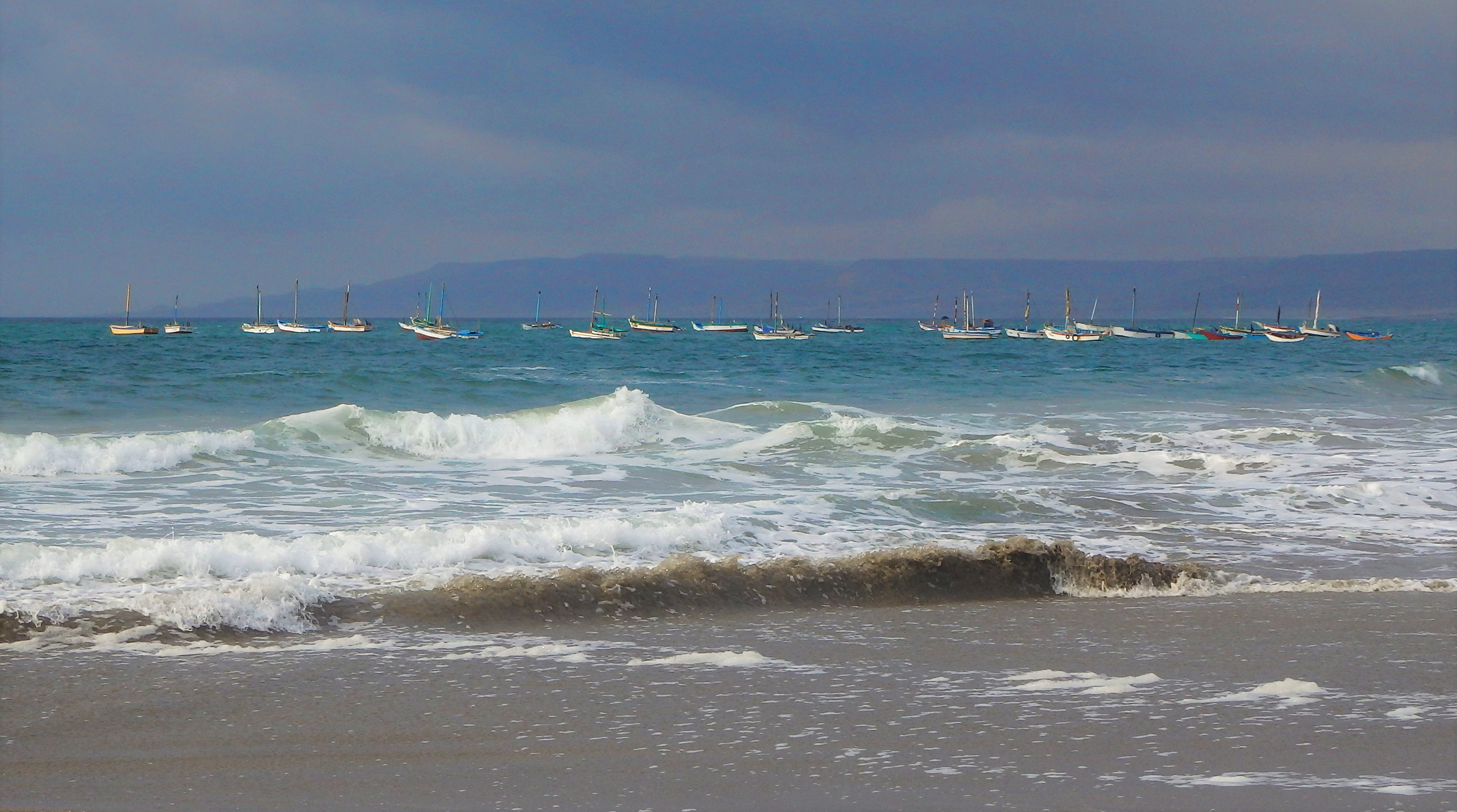 I arrived to Lobitos right after a month freezing in Colca canyon and appreciated a lot being able to soak the warmth of the equatorial sun. It didn’t last long though. El Niño was after me and so it happened that it rained in a desert. And it rained for several days. The river, it created, took down the power lines and we happened to be without power and without water – fun!

But as every disaster tends to have its happy ending, things came back to normal and I could start enjoying the good parts this place has:

Learning to surf – in the smaller waves – and the best time for that was definitely evening. I treasured those moments when waiting for the next good wave come my way, sitting quietly on my surfboard, watching the setting sun reflecting itself in the ocean waters, giving them a beautiful orange tint.

Lying on the rocks, getting a nice tan and waiting till the shy crabs come close enough to see if I am “something to eat or what”. They run away as soon as I move of course.

Stepping into the ocean waters at night to admire millions of tiny lights – the plankton. Their presence in the water was followed by jellyfish that gave us surfers a few nasty burns. 🙂

And the night sky in the desert? You can imagine it is a hell of a sight!