The first time I arrived in Krakow, I was slightly overwhelmed with the language and a little bit annoyed when people called me “pani” (in my language it sounded as if I was really old). My Brazilian flatmate Diego helped me buy train tickets to move around, his Polish was way better than mine. But did the charming old Krakow find its way to my heart after all?

Sure it did. And so it will to yours. Let me give you a few tips of places you definitely shouldn’t miss on your visit here …

It is one of the largest medieval town squares in Europe. It dates back to the 13th century, and at roughly 40,000 m2. The centre of it is dominated by markets where you can buy all typical souvenirs and symbols of Poland and Krakow. St. Mary’s Basilica stands in one of the corners of the square and is open for public. On every hour, a trumpet signal — called the Hejnał mariacki — is played from the top of the taller of St. Mary’s two towers. The plaintive tune commemorates the famous 13th century trumpeter, who was shot in the throat while sounding the alarm before the Mongol attack on the city. Not far from the main square is a small one, Mały Rynek. It often holds various festivals and food markets.

For centuries the castle served as residence of the kings of Poland and the symbol of Polish statehood. It is now open for guided tours, one of them takes you to an underground cave where s dragon used to dwell. The dragon itself, named Smok Wawelski can be seen at the riverside by the castle and every minute or so, it shoots flames.

The Legend of Smok Wawelski

Some centuries ago there lived in a cave at the foot of Wawel Hill a most horrible fire-belching dragon, a monster that ravaged the nearby meadows by devouring grazing cattle. In vain the bravest knights tried to overcome the dragon. Even before they could draw their swords, the fire from the beast’s mouth destroyed them, so that one after another the best fell.

The king who reigned at the time sent out his heralds to announce that whosoever could slay the dragon would as a reward marry his daughter and sit on his throne after his death. Contenders encouraged by such a handsome offer came in hosts, but they too were destroyed. The king gave himself up to despair, while the king’s daughter wrung her hands as she could not expect to ever be married. The dragon-ravaged country became poorer and poorer.

Then a shoemaker named Krak decided to conquer the beast by a unique strategy. After stuffing a fat ram with sulphur, he placed the tasty tidbit at the cave’s entrance. The dragon, being greedy as well as stupid, swallowed the treacherous gift in one mouthful. Its throat burned so that it ran to the nearby Wisla river, gulping down so much water that it burst with a great bang, thus setting the town and the surrounding countryside free from its grip of terror.

The shoemaker married the king’s daughter, and after the monarch’s death, ascended to the throne. The town he rescued from the clutches of Smok, the dragon of Wawel Hill, took its name from him, and bears it to this day with great honour – the old capital of Poland, Krakow.

It was the centre of Jewish life in Krakow for over 500 years, with numerous synagogues and Jewish cemeteries. The area was systematically destroyed during World War II. And its destruction continued also in the communist era. Rediscovered in the 1990s, thanks to the fall of the regime and worldwide exposure through the lens of Steven Spielberg and his Schindler’s list, Kazimierz has rebounded and is today Kraków’s most exciting district – a bustling, bohemian neighbourhood packed with historical sites, atmospheric cafes and art galleries. One of the must-do things while in Krakow is having a “zapiekanka” (pizza-like bread with various flavours) at one of the stalls the main square of Kazimierz, called Plac Nowy.

In 2010, the Oskar Schindler Enamelled Goods Factory re-opened to the public as a world-class museum. The story is been well-known especially thanks to Steven Spielberg’s film Schindler’s List from 1993. The museum consist of wartime exhibits that cover the war of 1939, everyday life under occupation, the fate of the Jews, the city’s underground resistance and more.

A small town about 15km to the southeast. A three-hour guided tour will take you down the 380 wooden stairs to the first level of 64 m underground. You will eventually explore 3 levels out of 9, climbing down to 135 m and seeing a mere 1% of this underground realm. While wandering the timber-re-enforced tunnels you’ll gain insight from your guide into the history of the site, the techniques used to extract the salt and the lives of the men who worked there. There’s the opportunity to not only operate a medieval winch used for moving massive blocks of salt, but also to lick the walls. The most spectacular sight on this tour is undoubtedly the cathedral, carved into the salt walls, with all its decorations and statues. 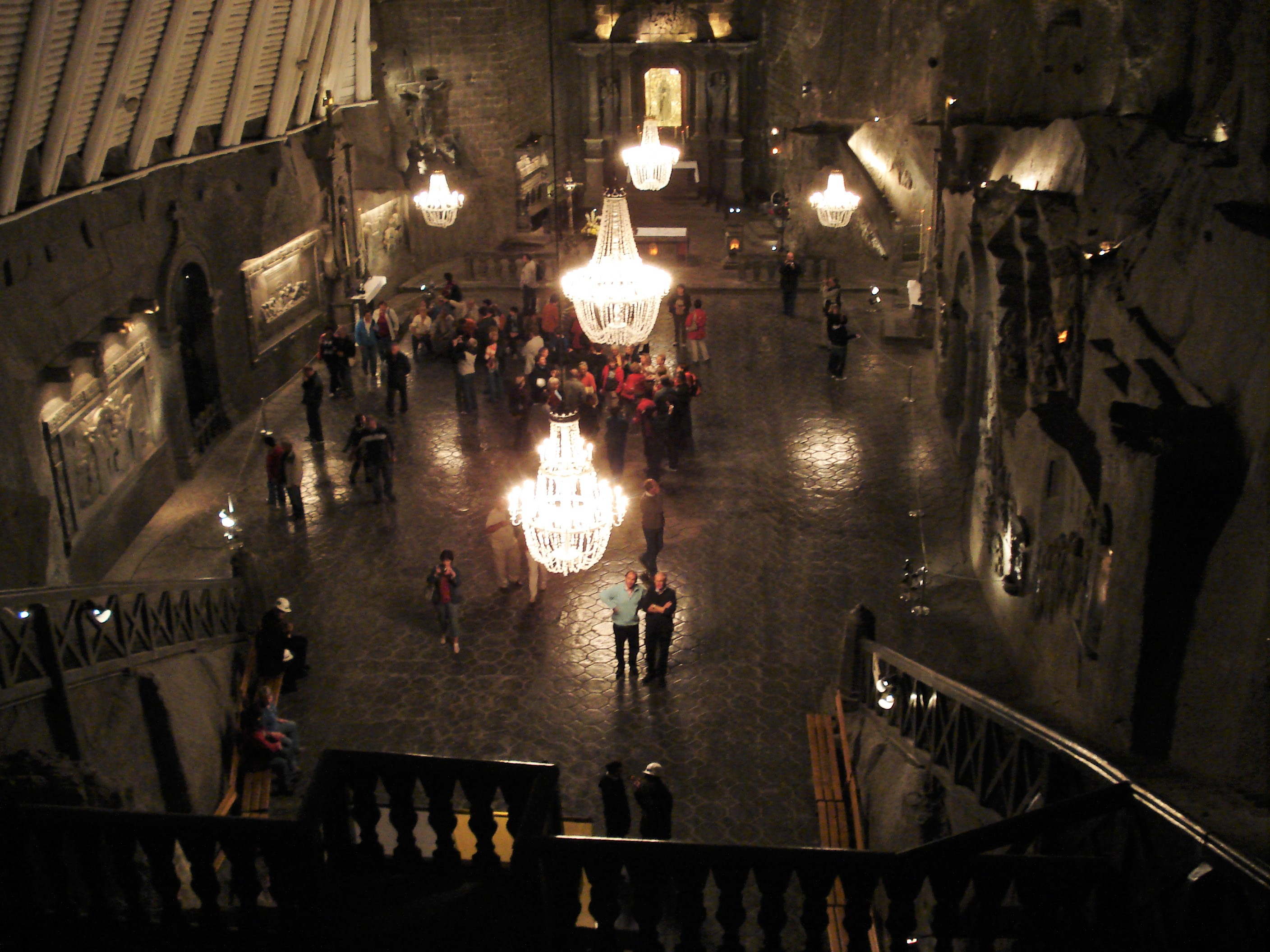 Oświęcim, a town near Krakow, best known as being home to Auschwitz I, a World War II concentration camp, and its close proximity to Auschwitz-Birkenau, an extermination and forced labor camp. It is definitely worth a visit, once in a lifetime is enough by my opinion. The dark atmosphere of the place will definitely make you feel uneasy. 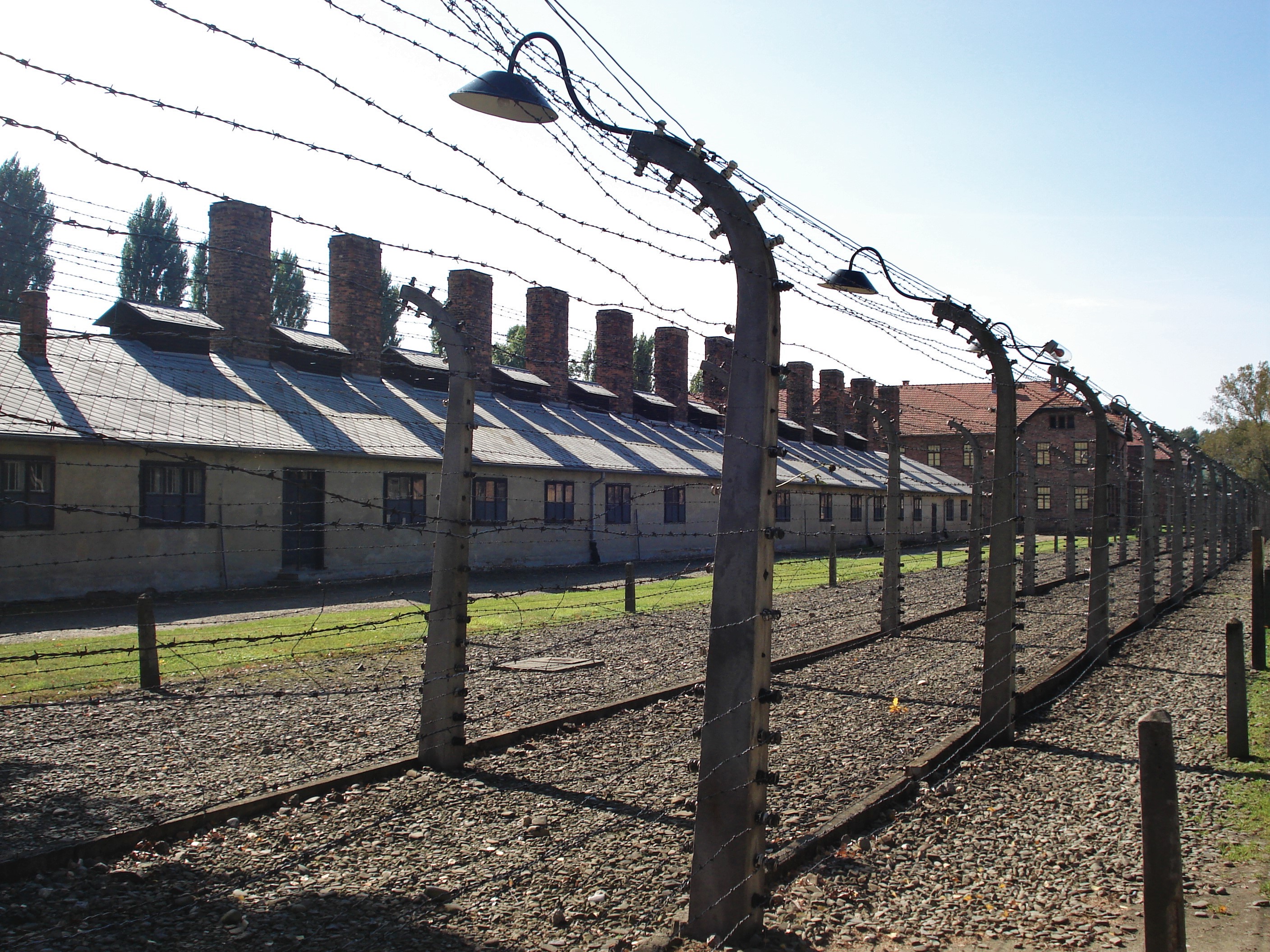 Where do Krakowians spend their summer days? Well, there’s this beautiful reservoir just beyond the city centre. It was created by a limestone quarry operating here, who accidentally pierced the water table. It is kind of officially prohibited, especially because of frequent accidents but still, the irresistible blue and seemingly bottomless water keeps bringing locals for swimming and cliff diving in summer. There is also scuba diving school operating here; the depth varies from 7-21 meters and the bottom is cluttered with all kinds of things that shouldn’t be there: several vehicles and sunken boats, as well as the former changing rooms of the quarry workers. 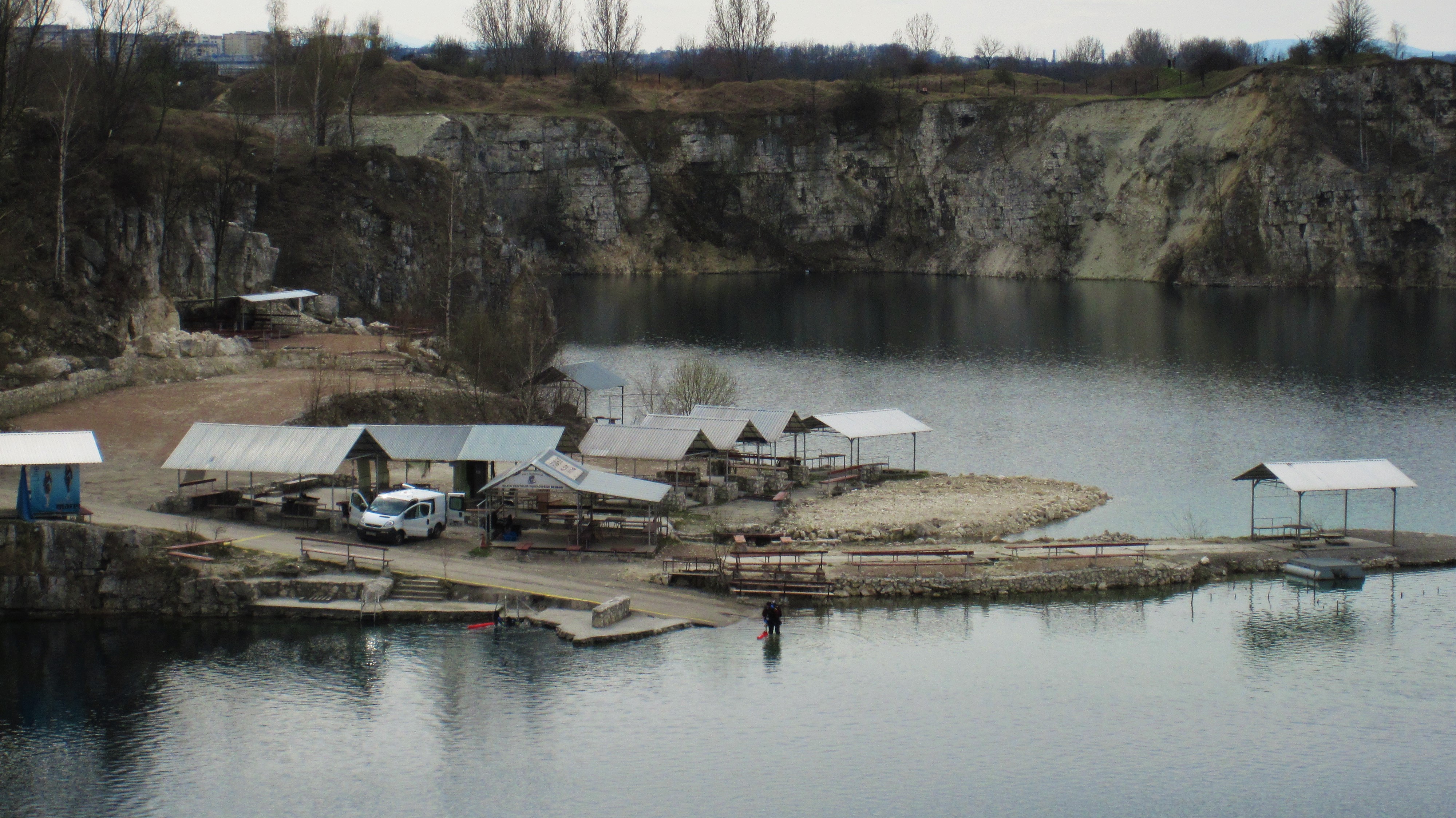 The place is also perfect for barbecues (just make sure you take out your trash!) and there’s a number of rocks, ideas for climbing. The nearest transport stops are “Kapelanka” and “Norymberska;” tram 18 or bus 194.