Two shared jeeps took me to Gulmarg, India’s finest ski resort. If it wasn’t for my guide Gulam, I would have never even known where to take these jeeps from. He personally found one for me, just outside of the center of Srinagar.

The first jeep drove me to a small town called Tangmarg that lies on the foothills of the Himalayan mountain range in Kashmir Valley. From there it was easy to hop on another shared jeep and go on a 12-kilometer ride up into the mountains.

The drivers here like to go fast and make their way through the traffic by sounding a horn. On the ride back, when one side of a narrow roar was lined by steep rock wall and the other by a deep void, I came with a theory that I like to believe: that the jeep actually sits better on the road as the driver carves the turns, when it’s fully packed with people. 🙂

When we reached Gulmarg, a beautiful great plateau opened up, in summer time this is popular place for golfers. However, the top of the ski resort still showed some remains of snow at this time (end of April). 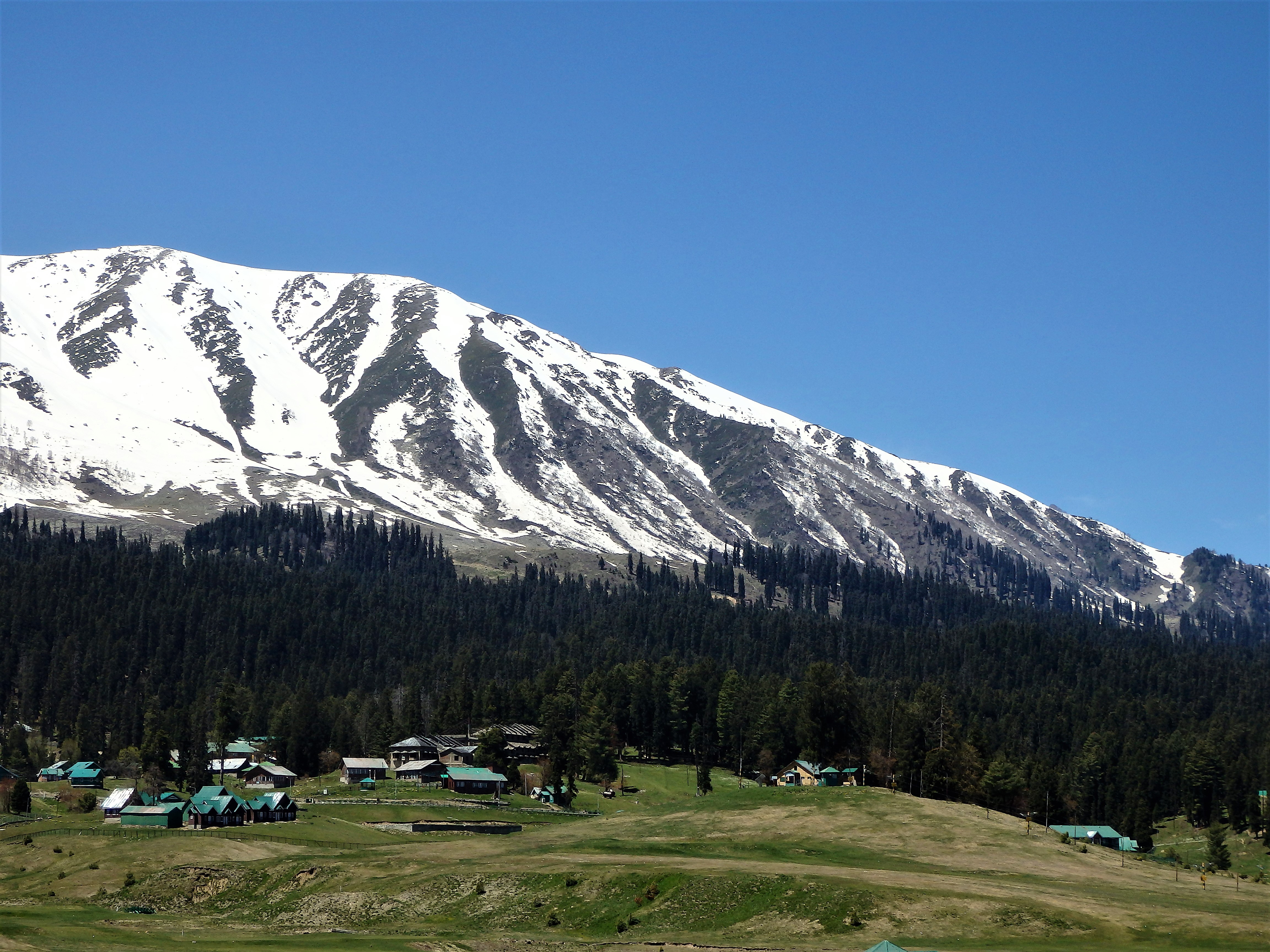 I made my way to the ticket line to buy a ride up with the gondola, at least to the middle station. And then ended up at another line waiting for the gondola ride. With large groups of tourists not wanting to wait in the queue, the lineup arguments involved lots of pushing and shouting. Being alone had it’s advantage that I could silently sneak through.

The middle station was a pretty green plateau, with green hills below and still snowy slopes above. Many people continued to the top, which is 4,200 meters high and on this beautiful sunny day, they wore furry coats, gloves and hats – better to be prepared. 🙂

While attractions in the middle station offered a pony ride, at the top, you could do a sleigh ride and a little bit of skiing too. I saw the skis, they could very well compete with the ones we have in the attic, ones that my father used to ride when he was young. 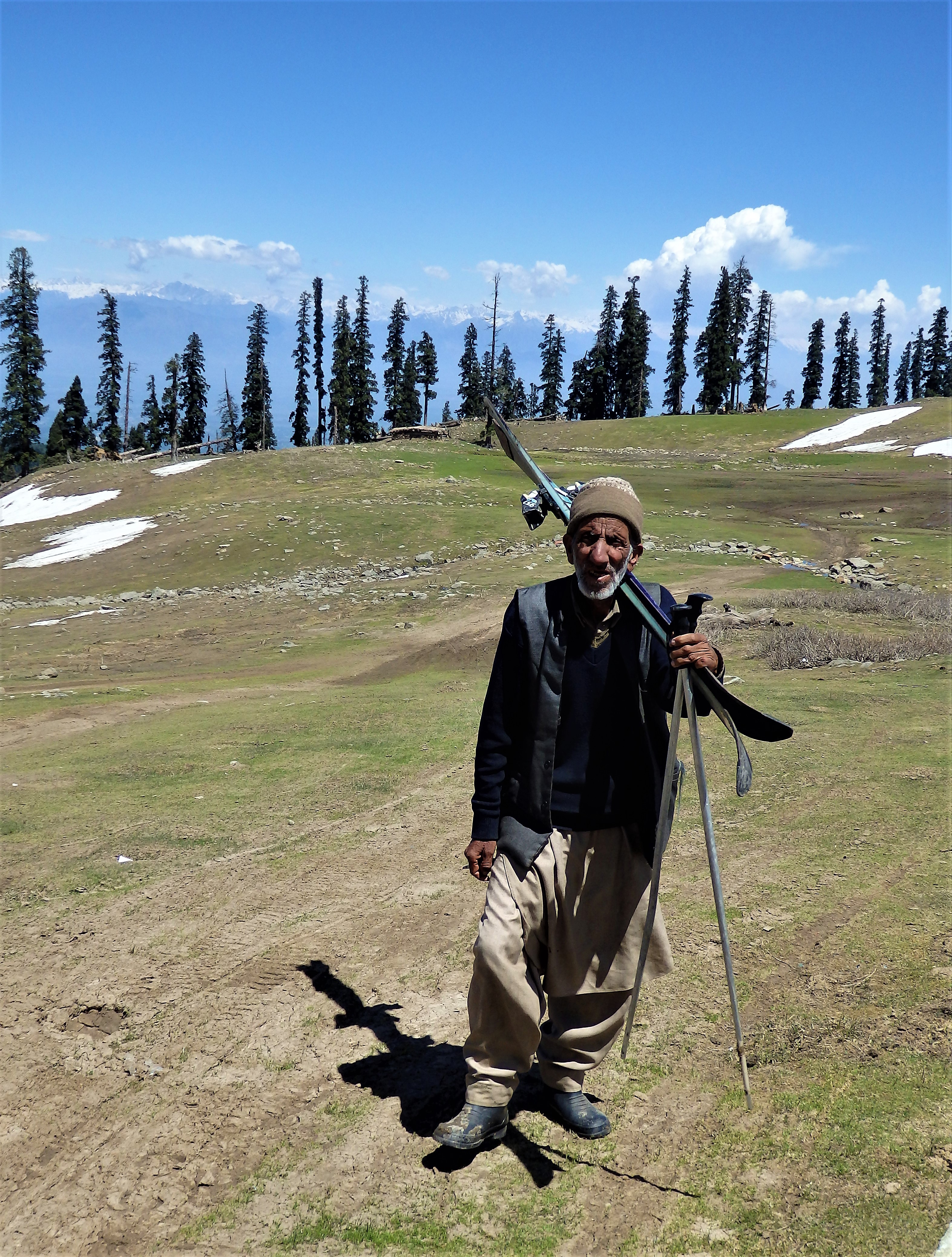 Being at the altitude 3,747 meters, I could appreciate a warm sunny day and amazing views of the Himalaya range. There were fresh spring water creeks making their way down the valley and first flowers starting to bloom on the wetlands left by the melting snow. 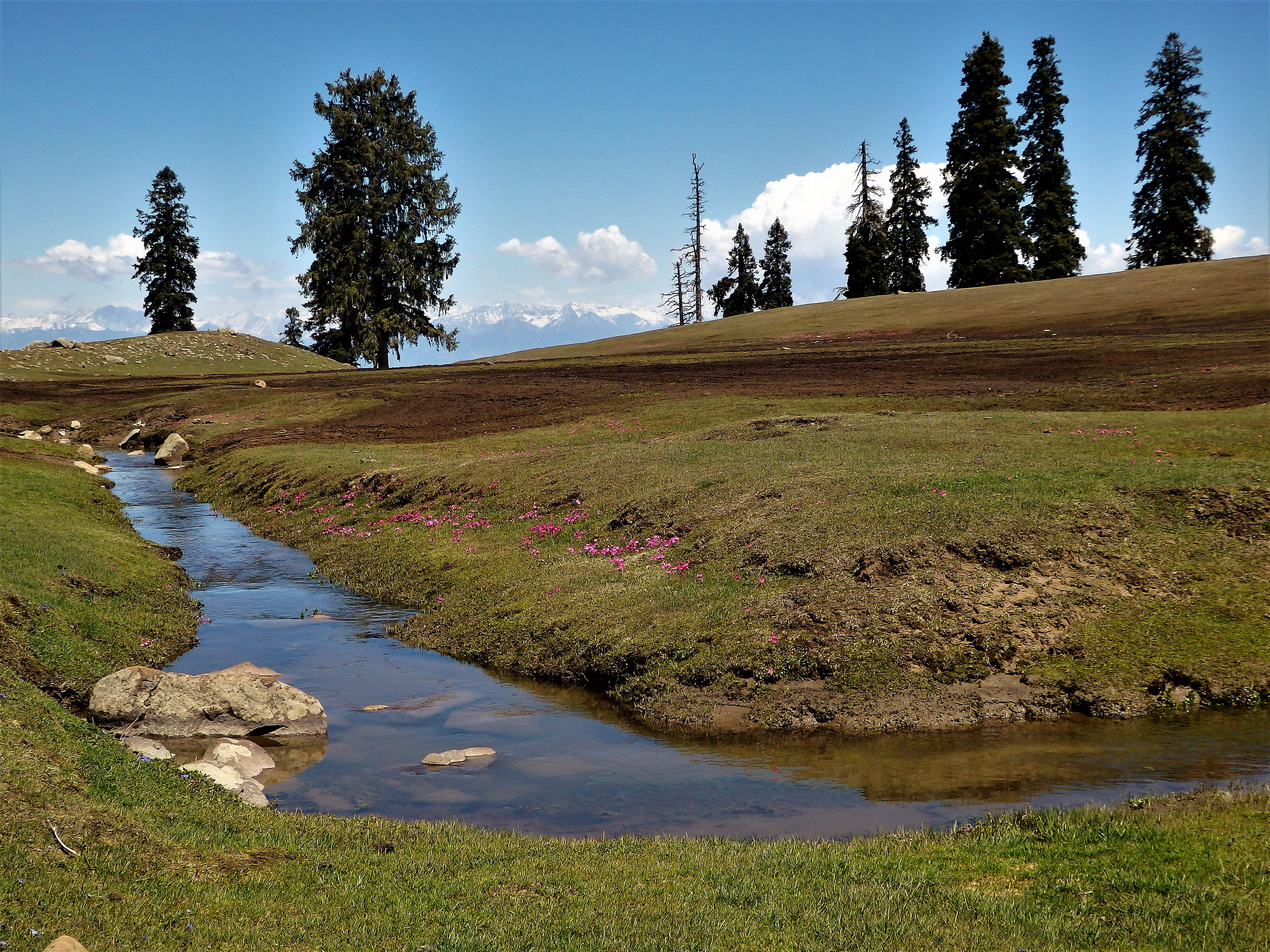 I spent my afternoon chilling, enjoying the views and watching happy Indian kids (and adults) sliding on the melting snow. 🙂