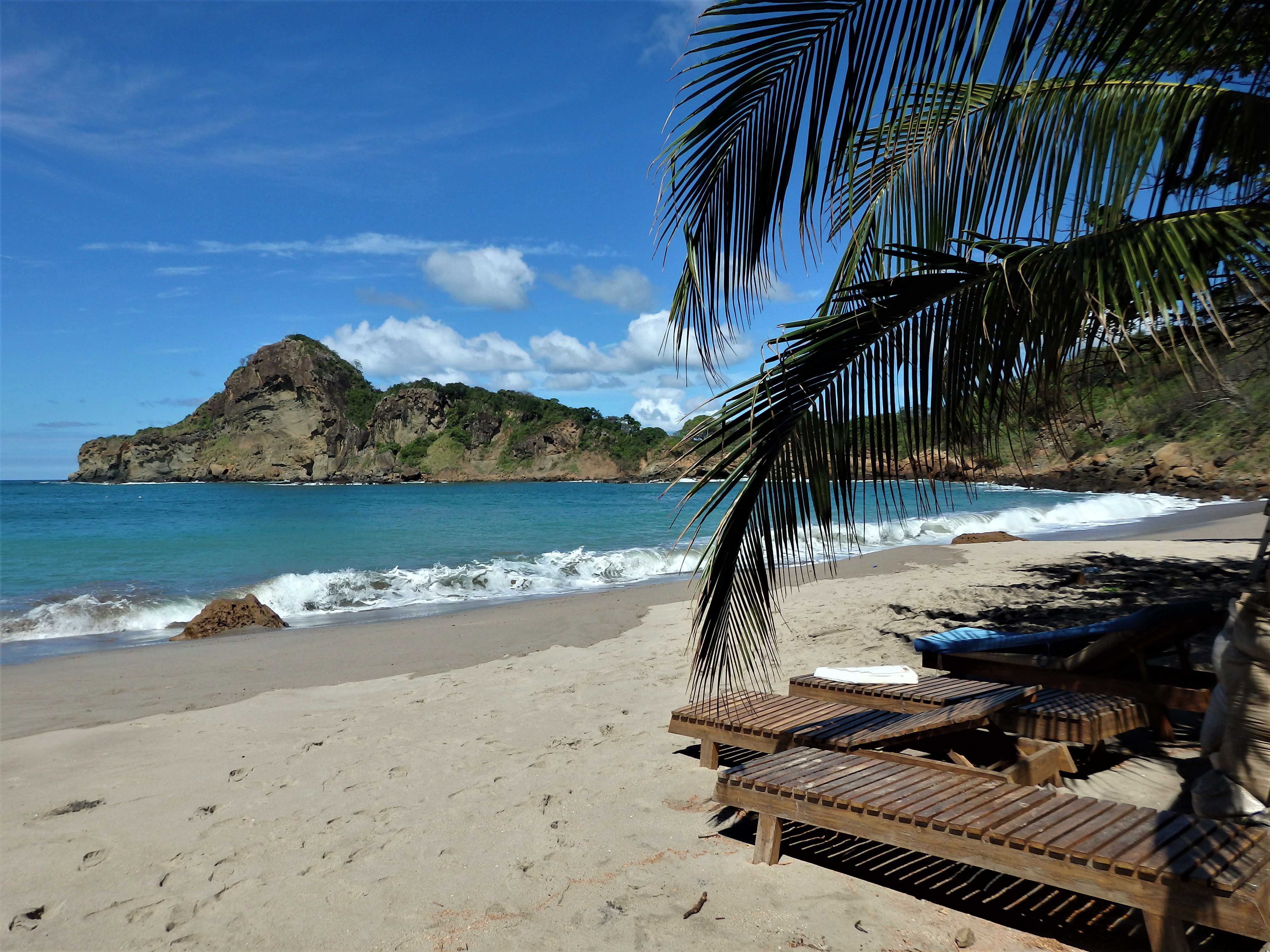 A mix of coincidence and luck led me over the border from Costa Rica to Nicaragua, paying many unexplainable fees to wanna-be officials in exchange for useless tickets and documents. And after two bus rides with the locals and their animals, I finally ended up in Playa Gigante – Giant’s beach.

Playa Gigante is a charming village placed right on the beach, with smiley people, friendly dogs, lazy pigs, horses playing in the streets and chickens sleeping in the trees. 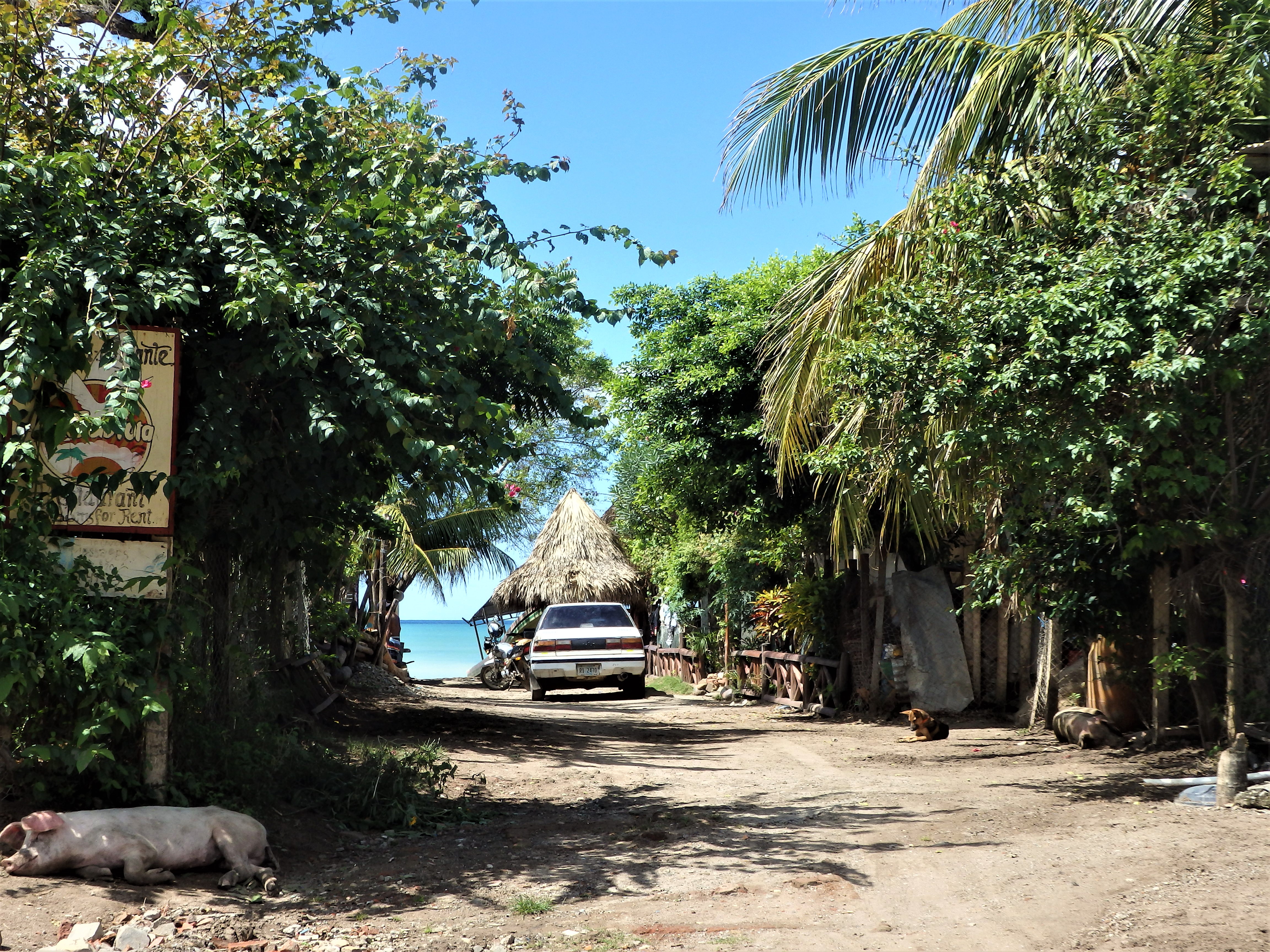 Most of the times the waves break right at the shore and on the south end of the beach … walk gently so you don’t wake up the giant. He sleeps on his belly, his foot bathing in the ocean. He’s best to be seen from the neighboring beach, Playa Amarillo:

Things that Playa Gigante has to offer

Gigante is a surfers’ spot. You can explore surfing beaches like Amarillo or the neighboring Colorado where the waves get a bit bigger. But even Amarillo sometimes gets waves that make you feel really small. Whoever tried surfing, knows the sensation is unbeatable! And whoever surfed at sunset, probably knows, that the view of the golden sun mirroring in the ocean water while getting gently rocked by the waves, is something that will stay in your memory for a loong time! 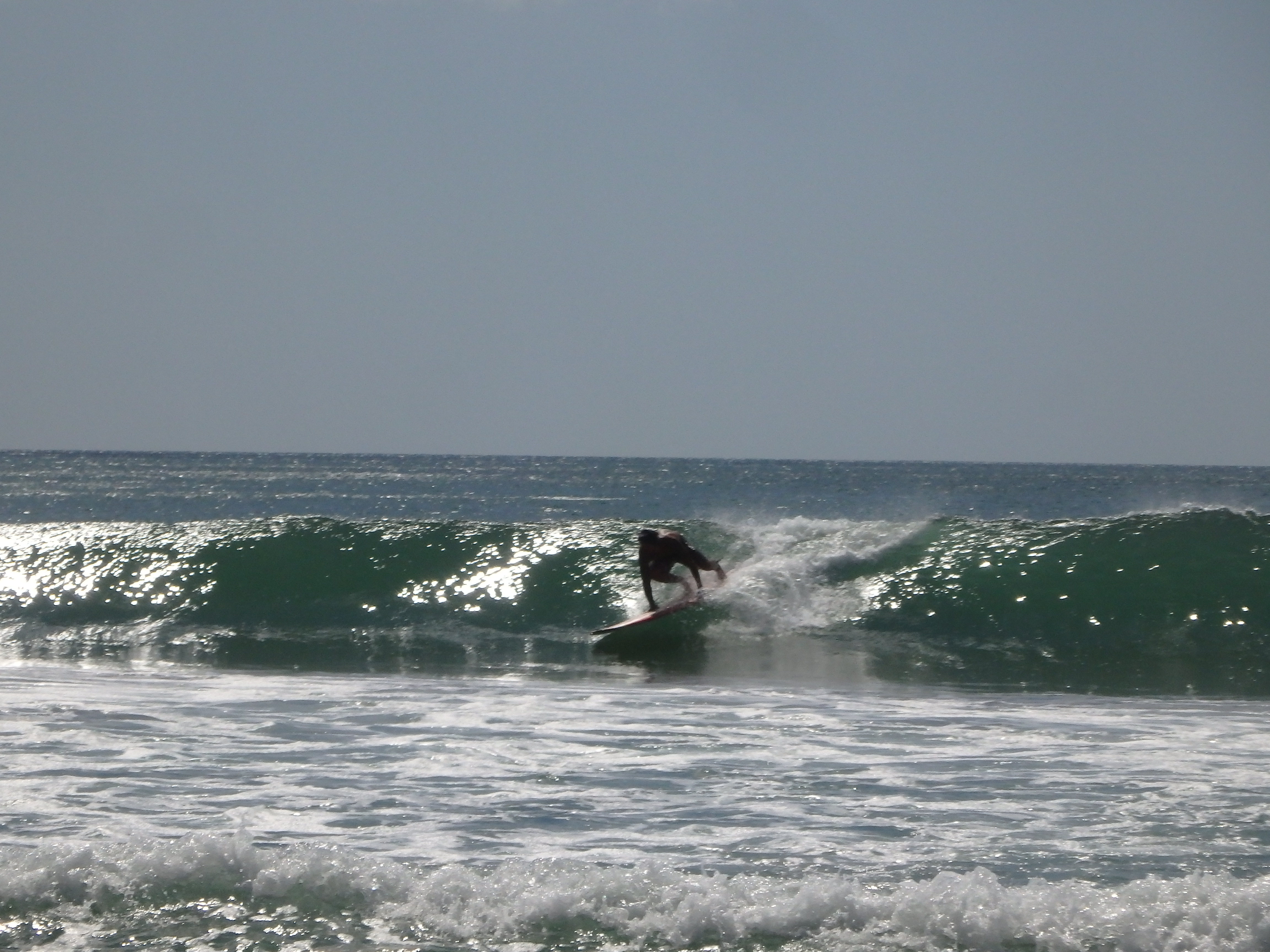 If you’re an explorer like me, you’ll probably walk all the neighboring beaches, while soaking in warm sun rays, having your feet gently washed by the waves. You’ll probably discover a hidden cave somewhere – there are more of them! But don’t miss out on a sunset at the top of Giant’s foot. It’s about 20 minutes walking from the bottom of the Giant’s foot.


Gigante is a really unique place, still not spoiled by massive tourism. If there’s a party, everyone from the village is there. And when the night falls, just like vampires, the mosquitoes come out to make your life a bit more miserable. But luckily, the nature also designed true heroes, the geckos who spend all night climbing walls and hunt them down. 🙂 You might also come across some frogs, scorpions, tarantulas or stingrays in the ocean. But no worries, none of those can kill you. 🙂

So have no plans (cause they might go wrong), explore, observe, take time to enjoy and maybe … have a beer! 🙂 This is Nicaragua.