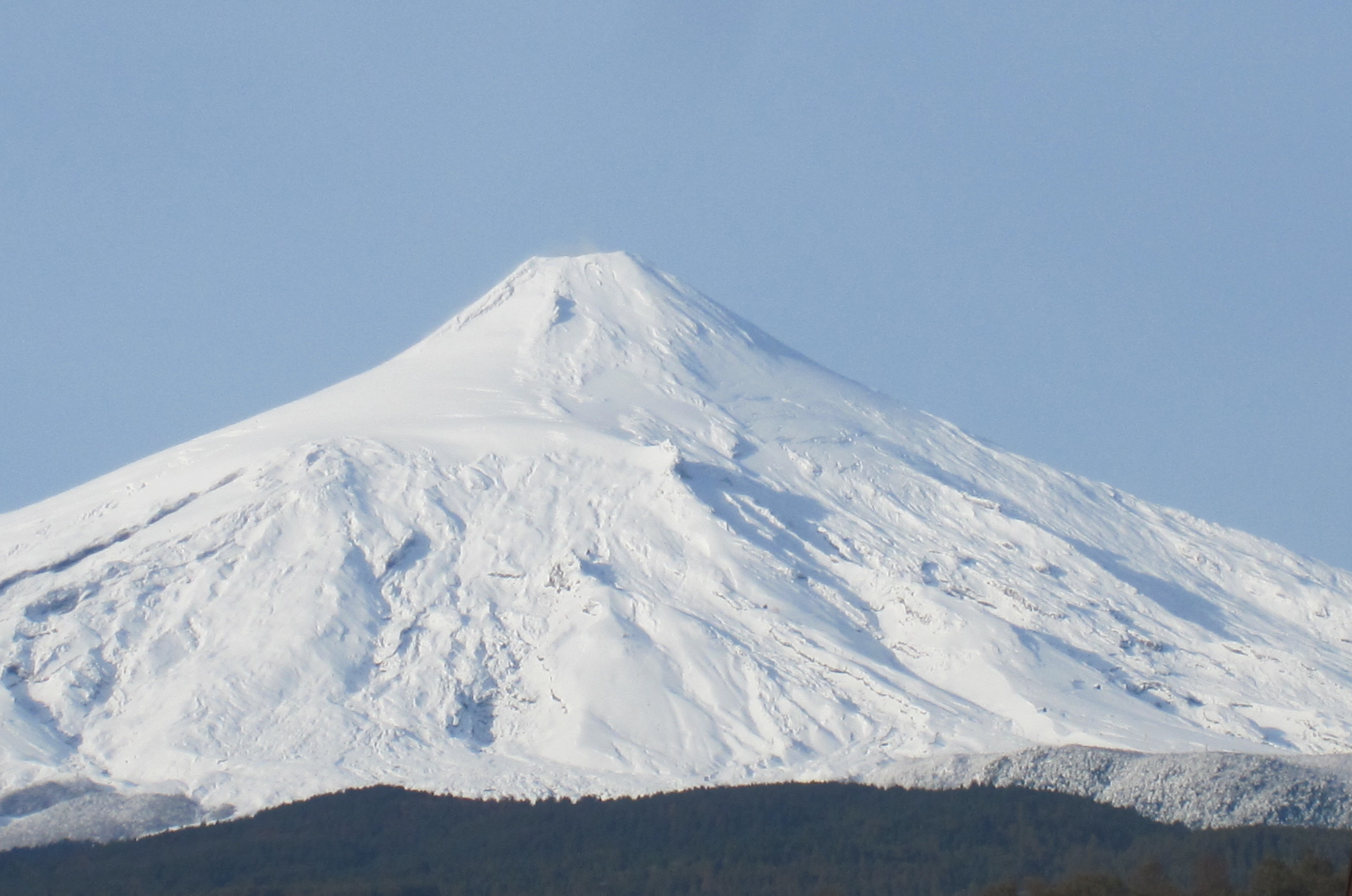 Far away from busy Santiago de Chile (capital of Chile), always drowning in a cloud of smog, in Pucón, you will find a peaceful, green town, lying at a lake shore. A volcano called Villarica rises above like a sleeping giant who exhales a cloud a of sulfur vapor every once in a while.

Villarica volcano, in Mapuche language called Rucapillán and reaching up to 2,847 meters, is Pucón’s treasure. Daily, tons of tourists are climbing to the top and in winter many people come to ski or snowboard. The last eruption was in 1971. Half of the volcano is still covered by a glacier.

Because it was completely cloudy the day before, I did not have many hopes for the climb to be actually successful. The company can call the climb off for various reasons, such as, rain, clouds, wind, strong sulfur vapors at the top or icy surface. You face all kinds of threats up there and for local tour guides and touring companies it is always better to prevent these risks rather than being responsible for unnecessary life loss.

Luck was on our side though and the clear skies in the morning allowed our group of 9 people and 3 guides to set off, to give it a shot. Before the rainy weather arrives, and it was on its way. The guides were pushing us to climb fast before to prevent us from getting trapped in a cloud later on.

Taking a chairlift from the ski station saved us a bit of time. From the top station, it was only up to us. It was not a difficult climb, just another mountain, I thought. Only this one was a volcano, first volcano I climbed in my life. And for the icy part we got to use crampons and an ice ax. For the last part, we took them off again, just to deal with the last rocky stretch.

The last part of the climb was a frozen lava from the last eruption. I discovered a cave, created by a lava floating over the glacier. As the glacier melted over the years, it left only a hole inside, quite impressive!

After 4 hours of climbing we finally reached the top that rewarded us with a completely incredible view! I didn’t know where to look first, in the crater or around, it was all so new and interesting. I could see the Andes, the Chilean – Argentinean border, some more volcanoes, blue lakes and beautiful colored forests.

The inside of the volcano was all covered in smoke, definitely not a place you’d want to take deep breaths! Surprisingly I discovered a glacier on a shady side in the crater. I walked all around to enjoy the 360° view.

Then it was time to come down. The cloud, that built up increasingly during the day, started lifting up and we were completely surrounded by a fog at one point.

We all agreed that the descent is actually harder than the ascent, in heavy boots, trying to find a safe path on the rocky surface. But … that was until we reached the glacier. There the guides had a special surprise for us…

It became finally clear why we carried plastic shovels with us – they were for sliding down! We all dressed into winter pants and jackets, even got a plastic shovel to slide on … and off we went downhill …

From the bottom of the glacier it was only a matter of a little less than an hour to get back to the car that would bring us back to Pucón where a glass of beer was awaiting each and every one of us.