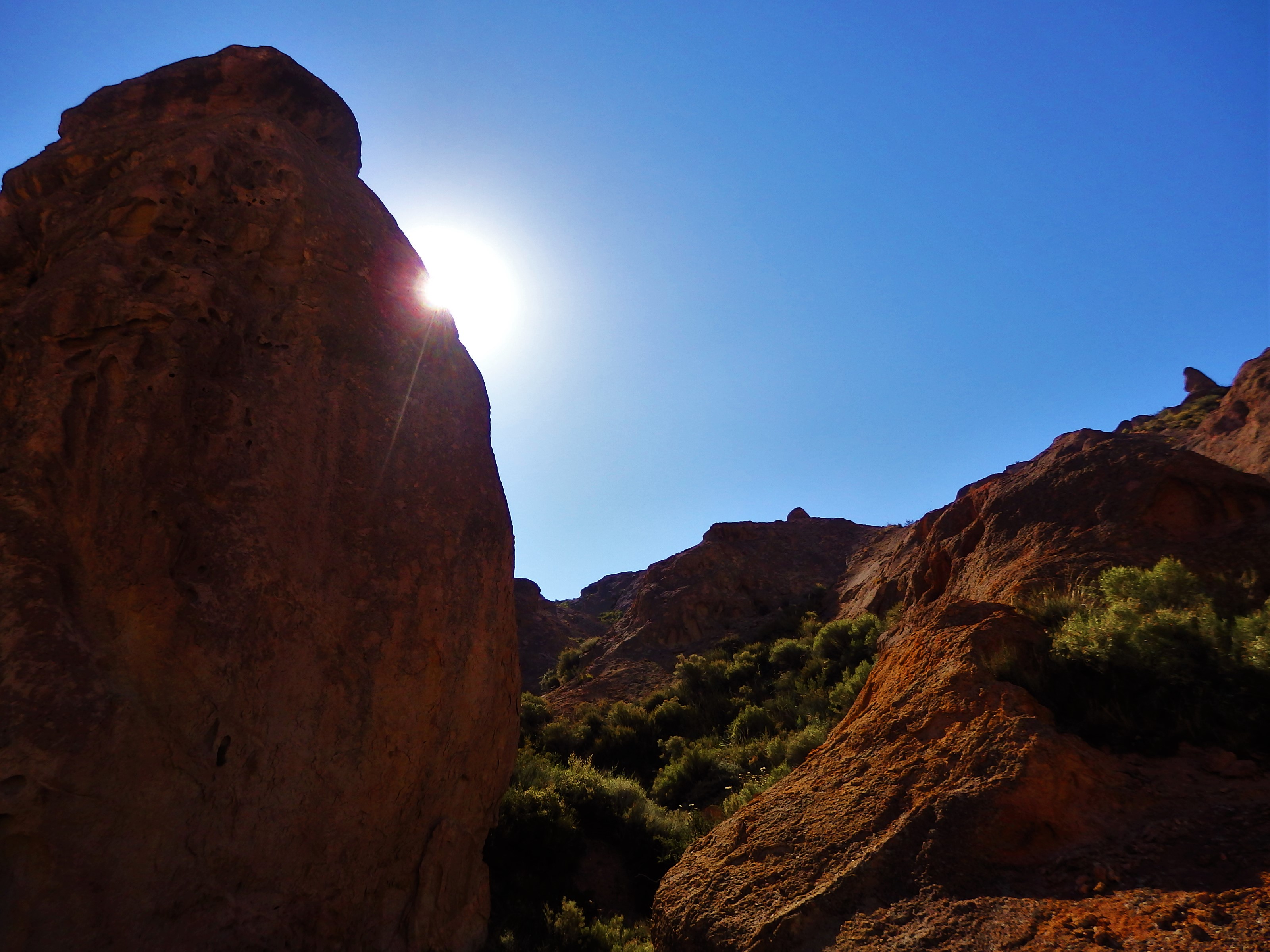 In Mendoza region, at the foothills of the Andes, spreads a canyon called after its river, Atuel. It is one of the must-see destinations for whoever passes through this part of Argentina so even I had to go and see it. I was lucky to join a tour of Hostel San Rafael where I volunteered at the time. 🙂

The Atuel River runs from glacial Atuel lake, located at 3,250 meters above sea level. Its power is harnessed by four power stations, all placed in the canyon. The first one is in El Nihuil Dam and that’s where we started our trip.

Standing high on the exposed rocks, we see the Atuel canyon in its beauty, its deep valleys disappearing behind the bend. Its entire length is around 60 kilometers and the Atuel river drops from 1,250 to 700 meters while passing through the canyon.

Legend says that Atuel was an Indigenous boy who survived, along with his mother and a few members of the tribe during an attack by the settlers. His mother Clara, in the midst of a severe drought, took the child and went to the high mountains. She prayed to the gods to send water for the survivors of the tribe to save them. Her prayers were not heard though, so Clara decided to sacrifice herself and her son to the gods. At the moment of dying, each of them dropped a tear and they created a mighty river that opened a pass through the dry land, all the way to the village. The river brought new life to this place and at nights its current has its special roar, as if a child was crying. People say that these waters keep the spirit of the boy Atuel.

From there, we could dive right into the canyon to explore its beauty thoroughly. We drove at the very bottom of the canyon, following the Atuel river, which by now is just a little stream and most of it is diverted into the tunnels that travel through the rock and empower directly the power generation turbines. We could however admire various rocks formations that changed in each part of the canyon. It was up to us to guess what we see in them.

We took a small hike into the “Devil’s Throat” – Garganta del Diablo and found some nice rocks to climb. In rainy days they are washed by waterfalls but now they provided a fun free climbing wall. Then, when the time came to climb back, we wondered: “how the hell do we get back down?!” 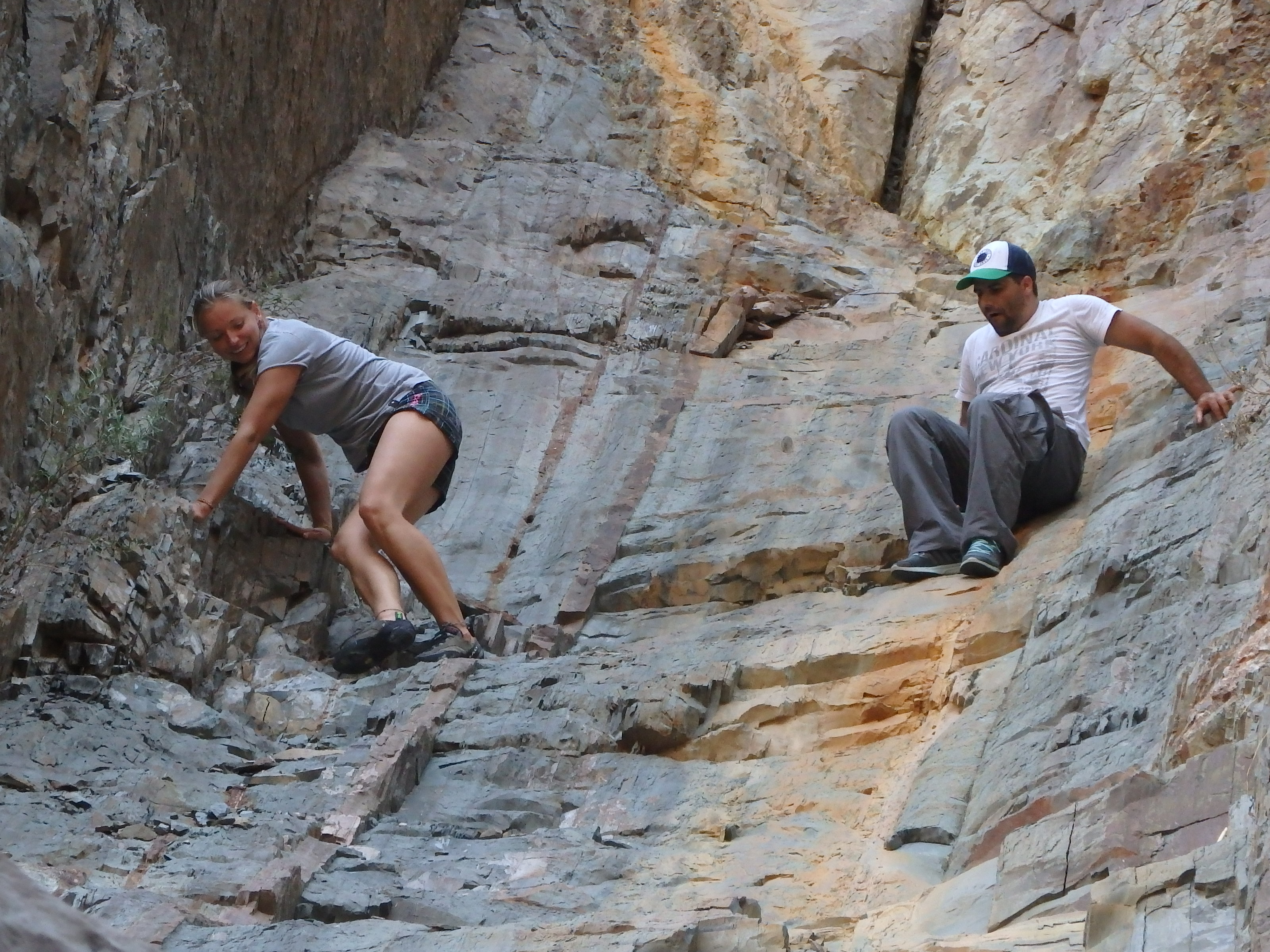 Back safe and without any major scratches and after taking a few last selfies of our lives, we continued further into the canyon and noticed that the rocks here got an orange-red color. They create a natural climbing frame, so fun to walk, run and climb through. 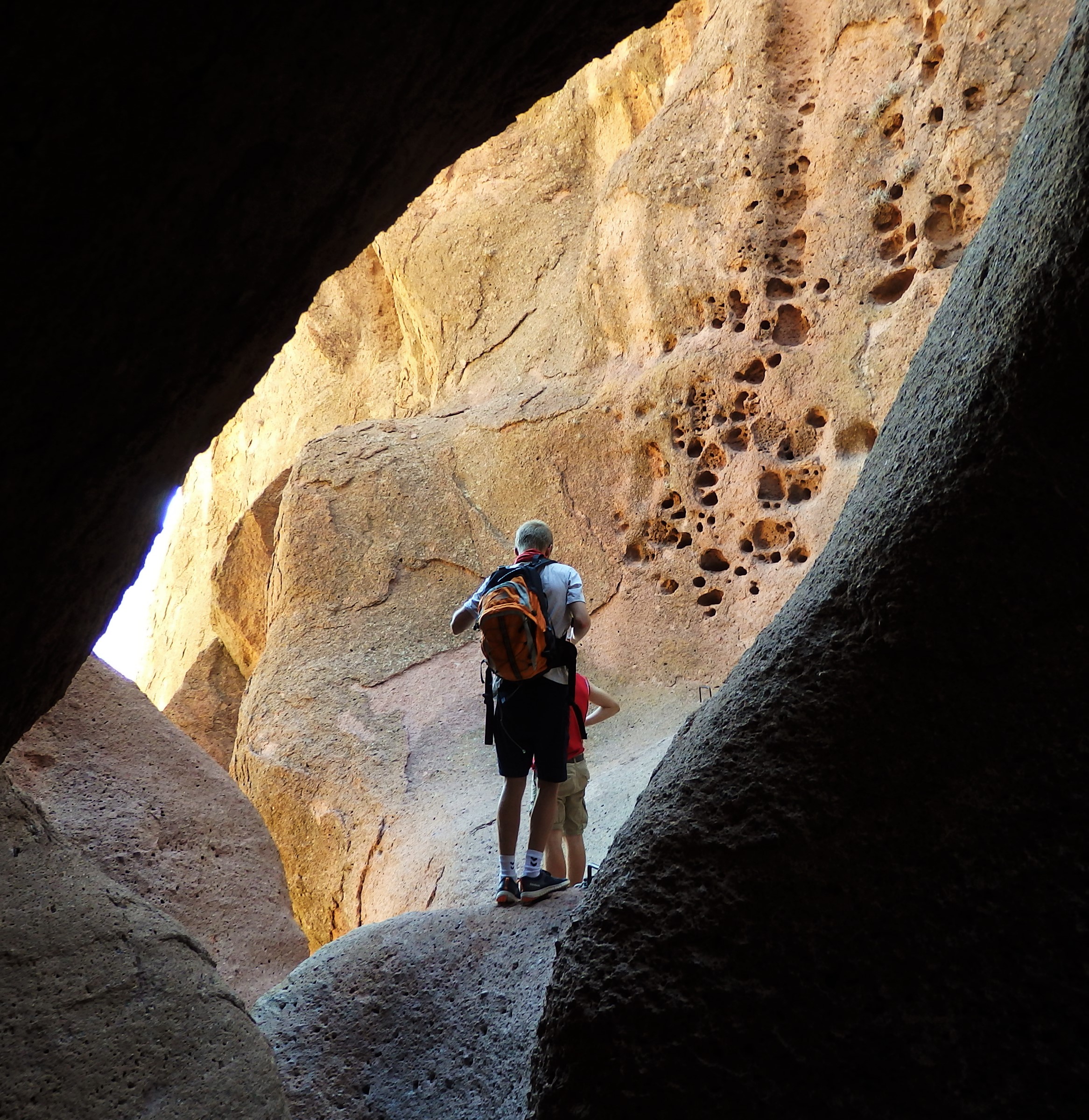 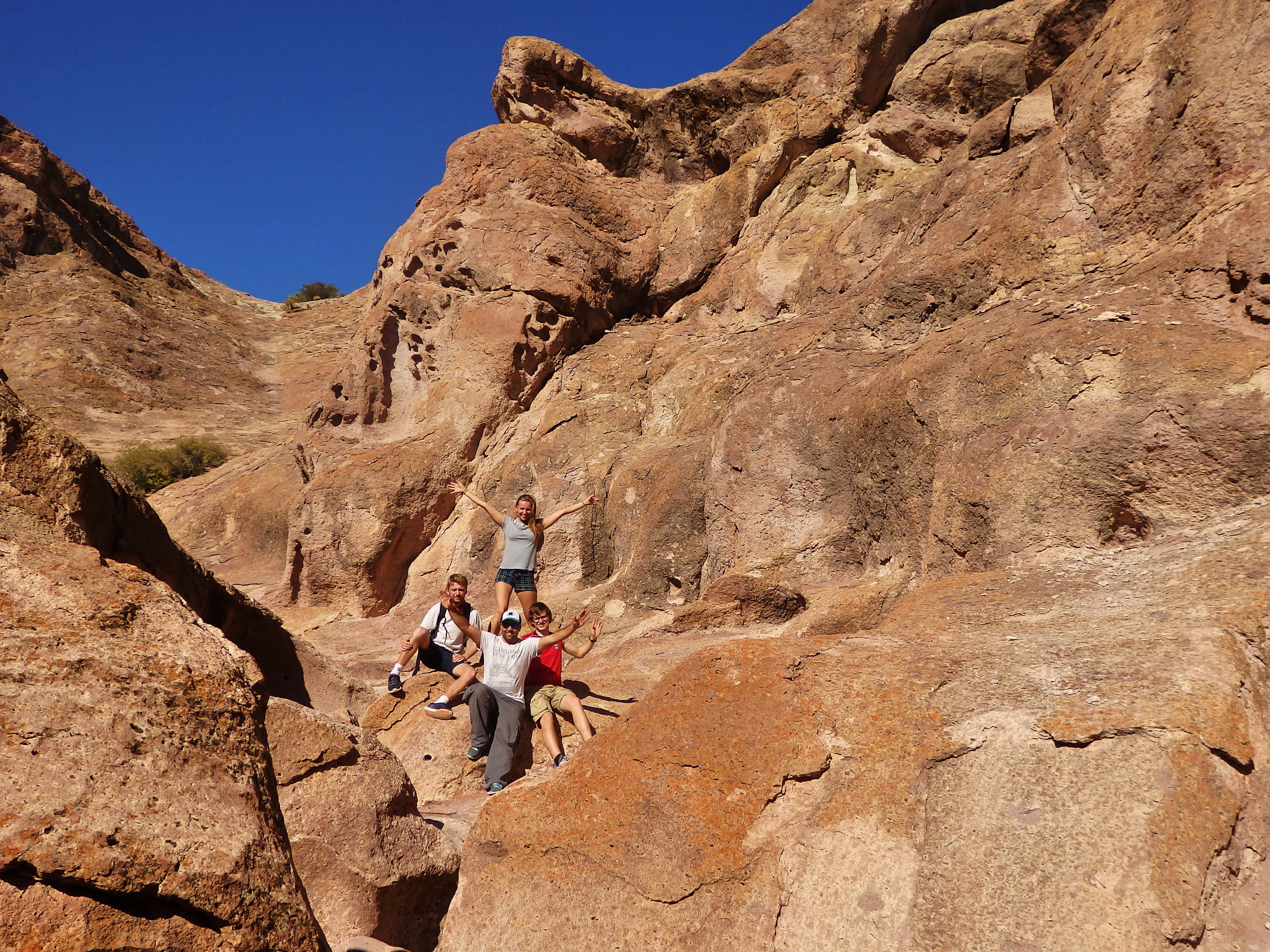 The last stop of our exploration trip was Valle Grande dam, a blindingly beautiful, turquoise clear waters with rare rock formations as its islands.

This place has a few fine beaches (on the other side of the dam but one can take a boat to get there). The river here finally has some rapids and it’s popular for rafting, canoeing and kayaking; they are classified between class II and IV in the International Scale of River Difficulty.

The canyon ends in the Rincón del Atuel. From there on the river flows along a plain, becoming wider and meandering until reaching the Desaguadero River.

How to get there

The road inside the canyon is dirt road and is best accessed by a 4WD or a motor bike. For anyone interested in doing similar tour, contact Javier and Laura from Hostel San Rafael.

The route we took