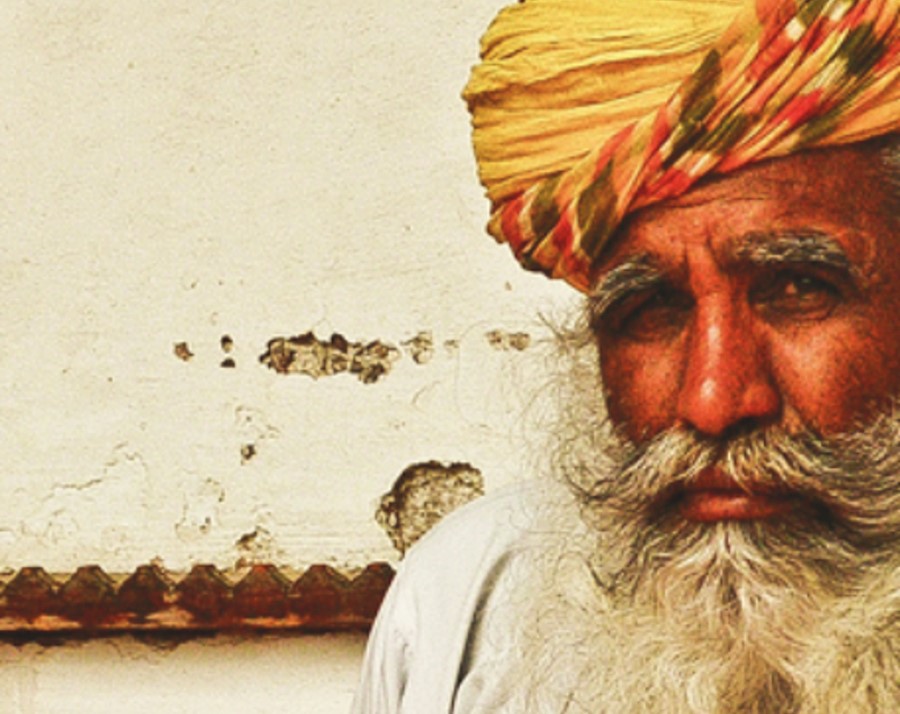 One of those unique things I experienced in Argentina was visiting my friend Lucas and his brewery called Kim. One day, Lucas, his brother and his friend started brewing beer for fun in their grandma’s garage and it grew into a recognized beer brand. 🙂

Kim has a classic blonde beer, honey, red and dark. They are all popular in several pubs around La Plata (A city near Buenos Aires where they are from), at festivals or for parties. People request whole barrels most of the time.

Beer brewer’s day can actually be quite busy and I was lucky to assist Lucas on one beer cooking day. We started with grinding the malt. That way we could extract sugar from it. After that we mixed the grains in preheated water and left them cooking for 1,5 hour. Most of the beers they produce cook in 62°C for the first hour and 70°C for the remaining 30 minutes. 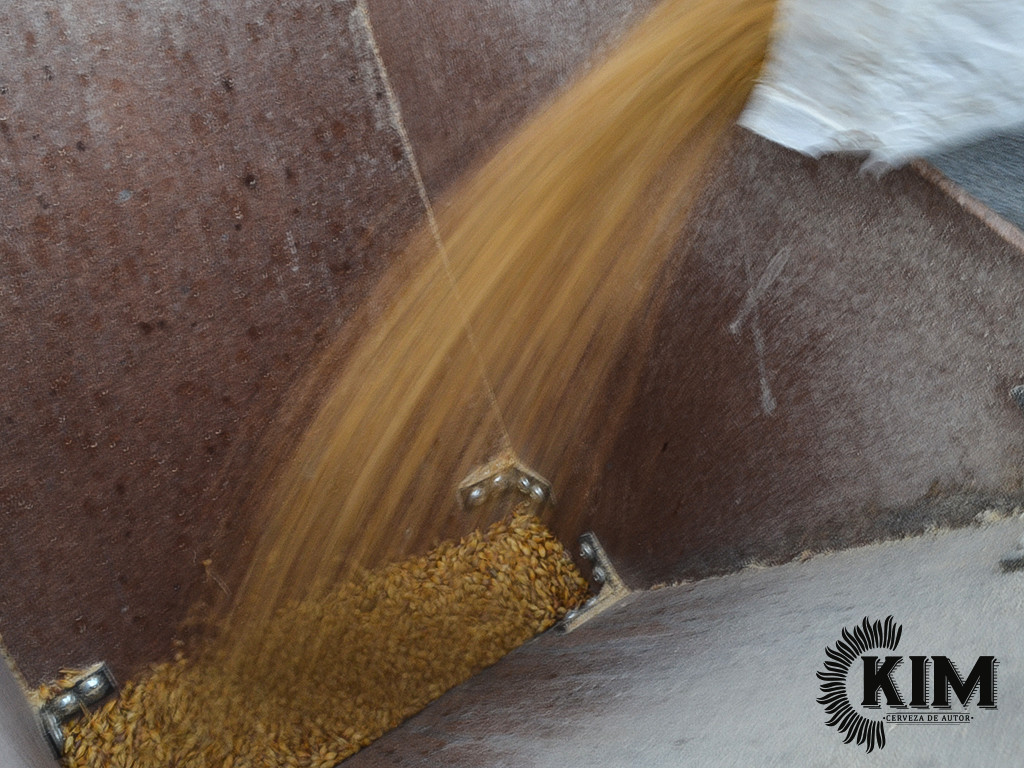 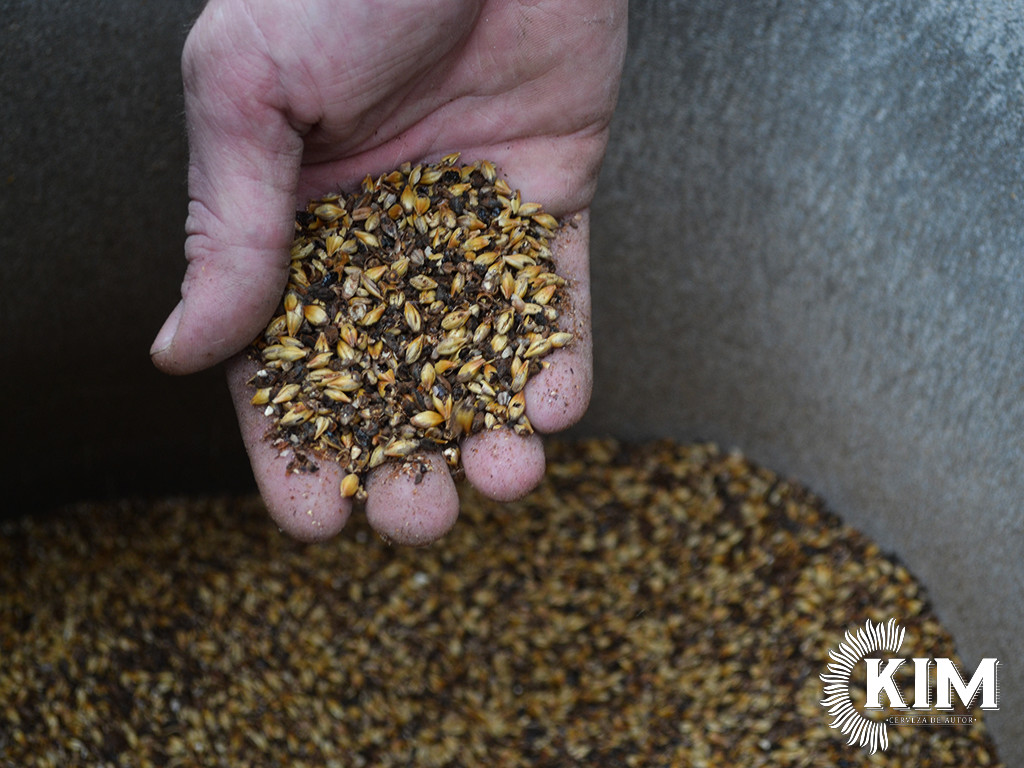 In the next phase, the “wort” (the liquid extract) got filtered and transferred to the boiling kettle and we added more liquor to the process in order to extract all the sugars. Then it all boiled for one hour and during that time we added hops several times.

“That is a very important ingredient because adds bitternes, flavor and aroma,” explained Lucas and you can imagine that the frequency and amount depends on what kind of outcome you want.

After boiling we needed to generate a circular motion of the finished wort to make some particles to precipitate and stay in the kettle, otherwise they would add off-flavors to the beer. Then the wort would cool down to 18°C, while being moved from the boiling kettle to the fermentation tank. The fermentation process begins. Now is the time to add yeast.

“The yeast transforms the sugars from the wort into alcohol and CO2, and as well produces different flavors according to the yeast strain that was used. The fermentation takes approximately 4 days at 18°C. Then we leave it 3 more days for the diacetyl to rest. After that we set cool down the beer to 2°C for a week, this stage is called cool conditioning. After that the beer is ready for barreling or bottling,” said Lucas.

But wait, let’s see how it all started …

“It was my friend Matias that did a two day course of homebrewing. One day he invited a couple of friends to homebrew in his place, we were about 7 friends that day and the brew had many complications, we didn´t have the appropriate equipment and of course we were not sure what we were doing. This was almost 5 years ago,” remembered Lucas.

But after a couple of brews most of their friends lost interest. Mathias, Lucas and his brother Roberto remained though and kept brewing and fine-tuning their beer. They got a bigger brewing kettle that allowed them brew up to 150 liters of beer. And naturally, they decided to start selling some of their brews. They got a place in a Beer Festival in Malvinas Square in La Plata and the beer business keeps going ever after.

“Kim is the name of a book of Rudyard Kipling, it is a book that we like a lot.” explained Lucas.

What kinds of beers do they produce?

Kim produces so called craft beer. That means that is made with natural ingredients. For the moment they are brewing four styles of beer:

How about future plans?

“We have lots of plans! First we´ve prepared a pilot brewery of 20 liters in order to test new styles. Soon we will start trying new varieties. We also need more space to work so our most important plan for the coming year is moving to a new brewhouse. We already have the land and the blueprints of the project. So we will start soon with the construction,” says Lucas with excitement. Well, I don’t know how about you but I am getting pretty thirsty for a glass of cooled Kim beer. 🙂