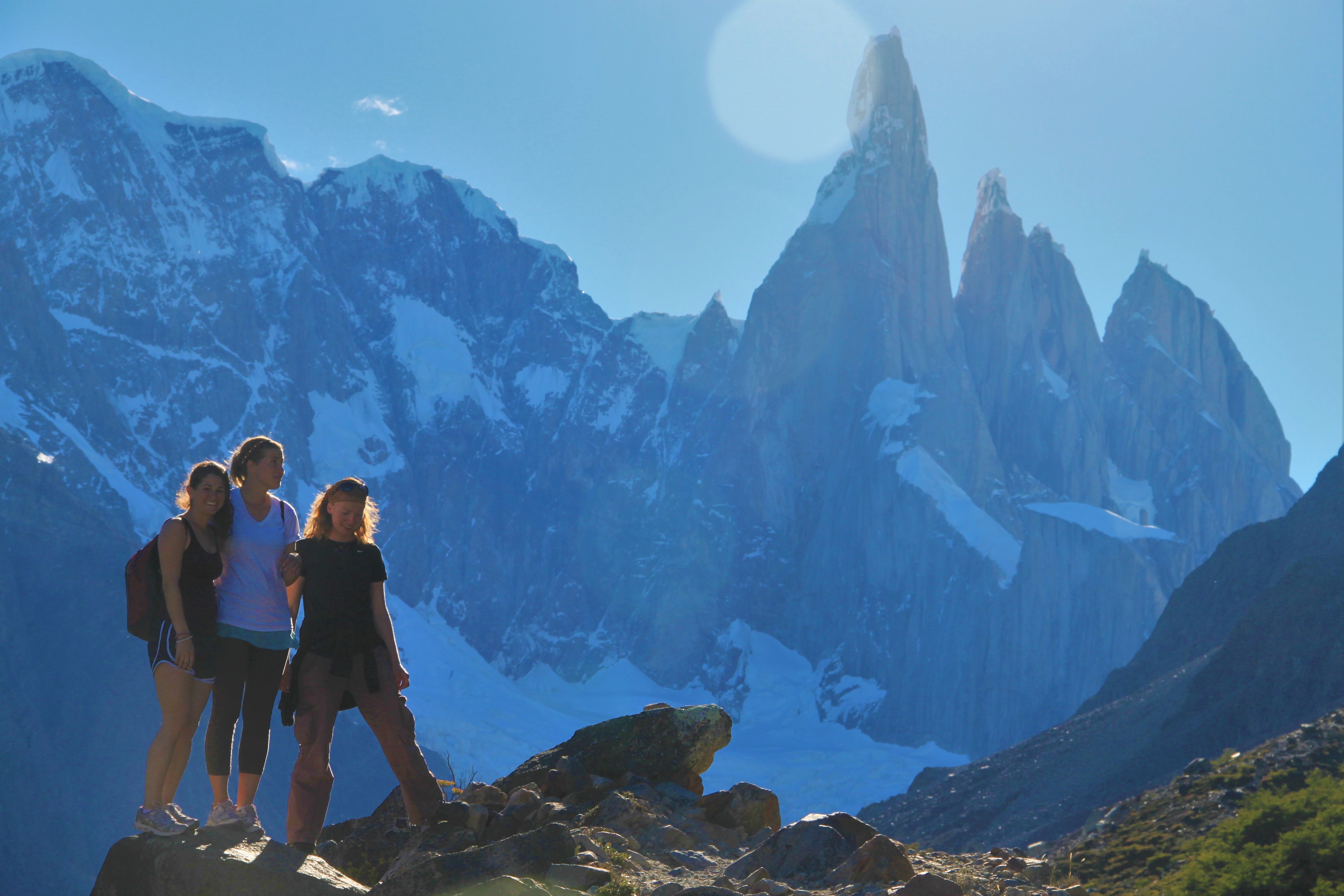 El Chaltén, an Argentine town, lies at the foothills of the Andes, on the other side of the profound Torres del Paine mountains. As I was arriving, my bus followed a long flat road around Widma moraine lake with its glacier on the other bank. A spectacular trio of Fitz Roy mountain and its surrounding peaks appeared in the distance, resembling of a magical castle floating in the mist. 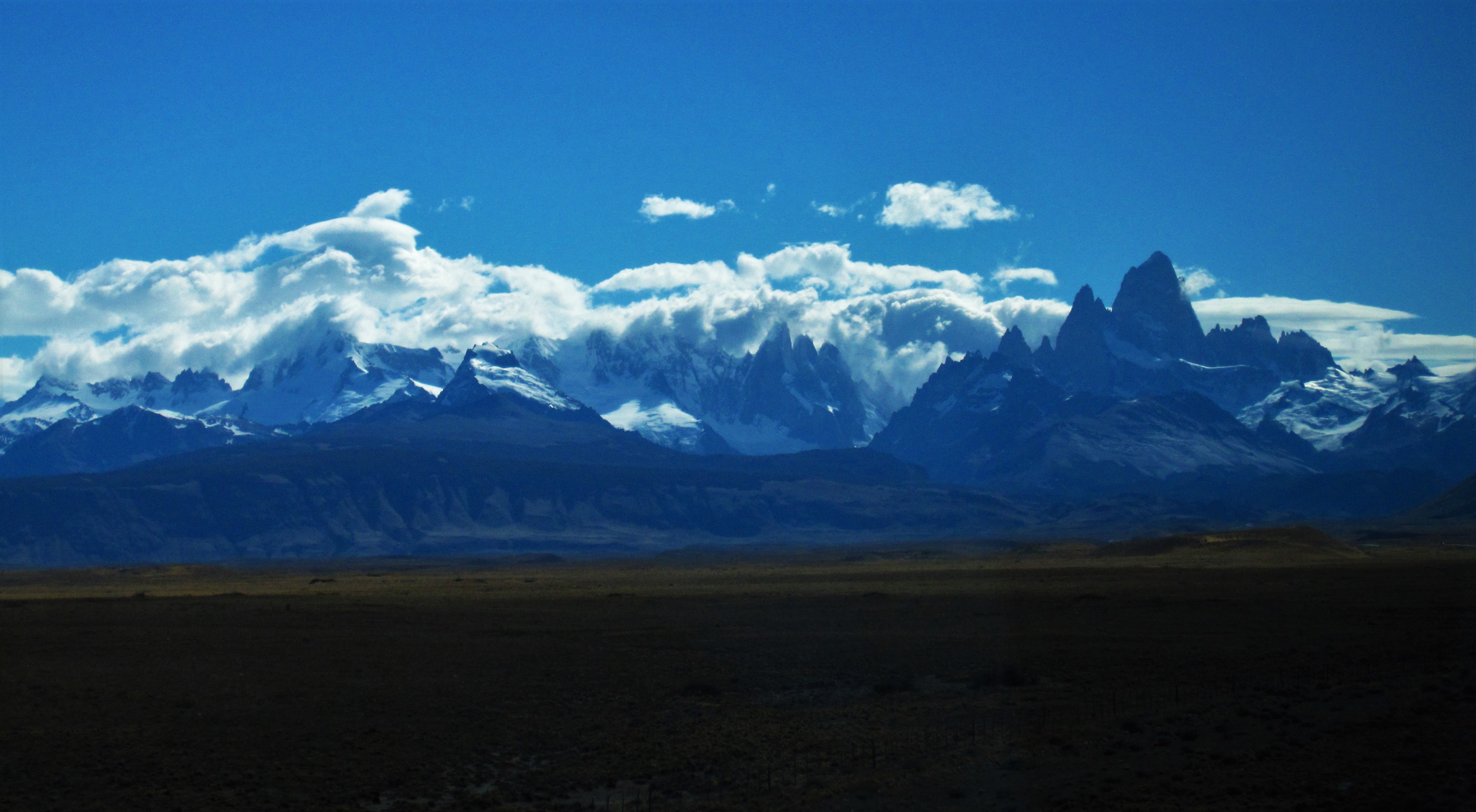 The town of Chaltén is a neat small place where everybody knows each other. It is based on a river shore, surrounded by mountains and rocks and I couldn’t find a better name for it than “climbers’ paradise”. 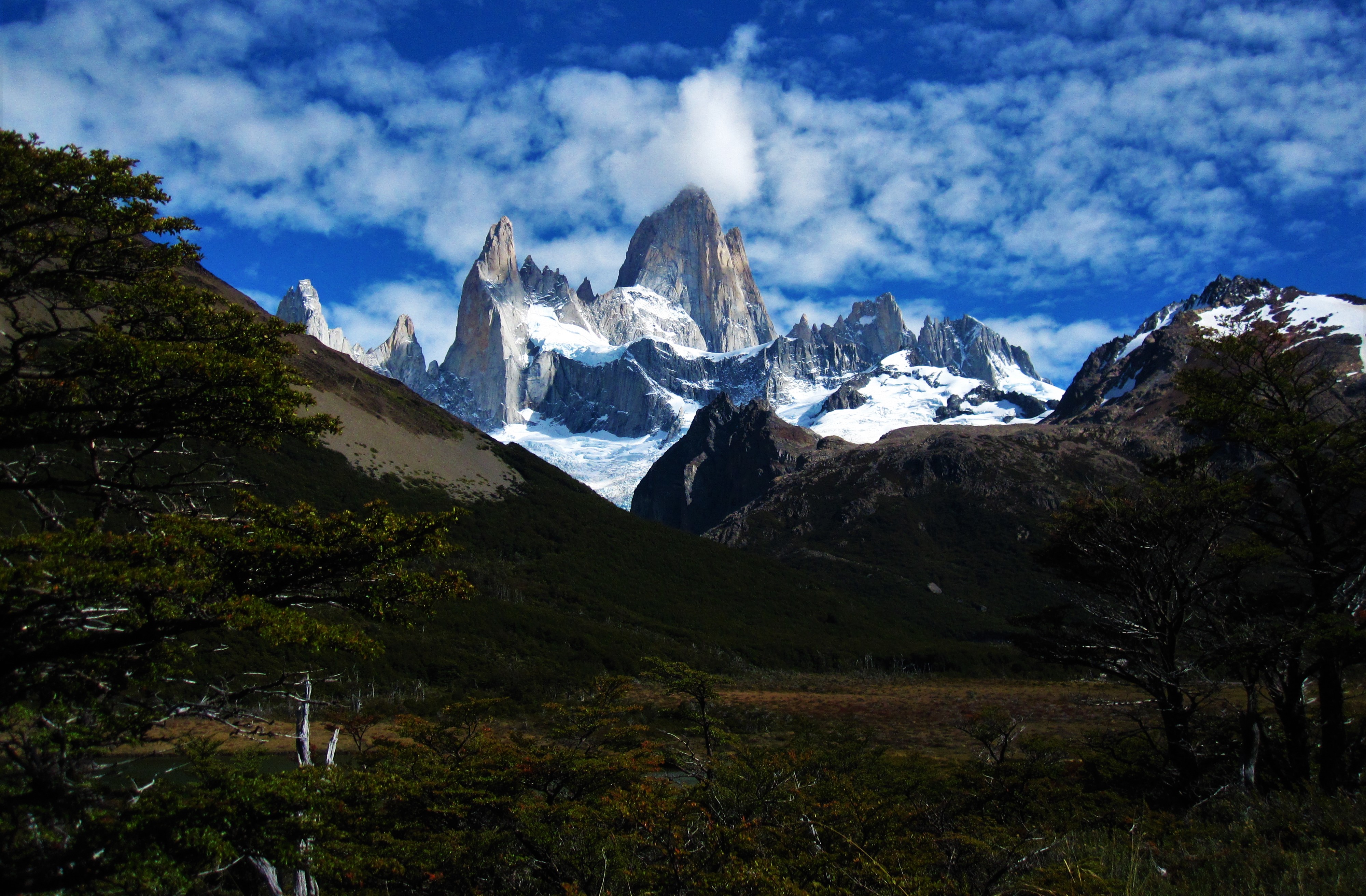 I decided to spend a few days hiking around, packed my tent and some food supplies and the next morning I set off. The path led me through a forest and every time I got exposed to a wider view, Fitz Roy mountain got a little bit closer. 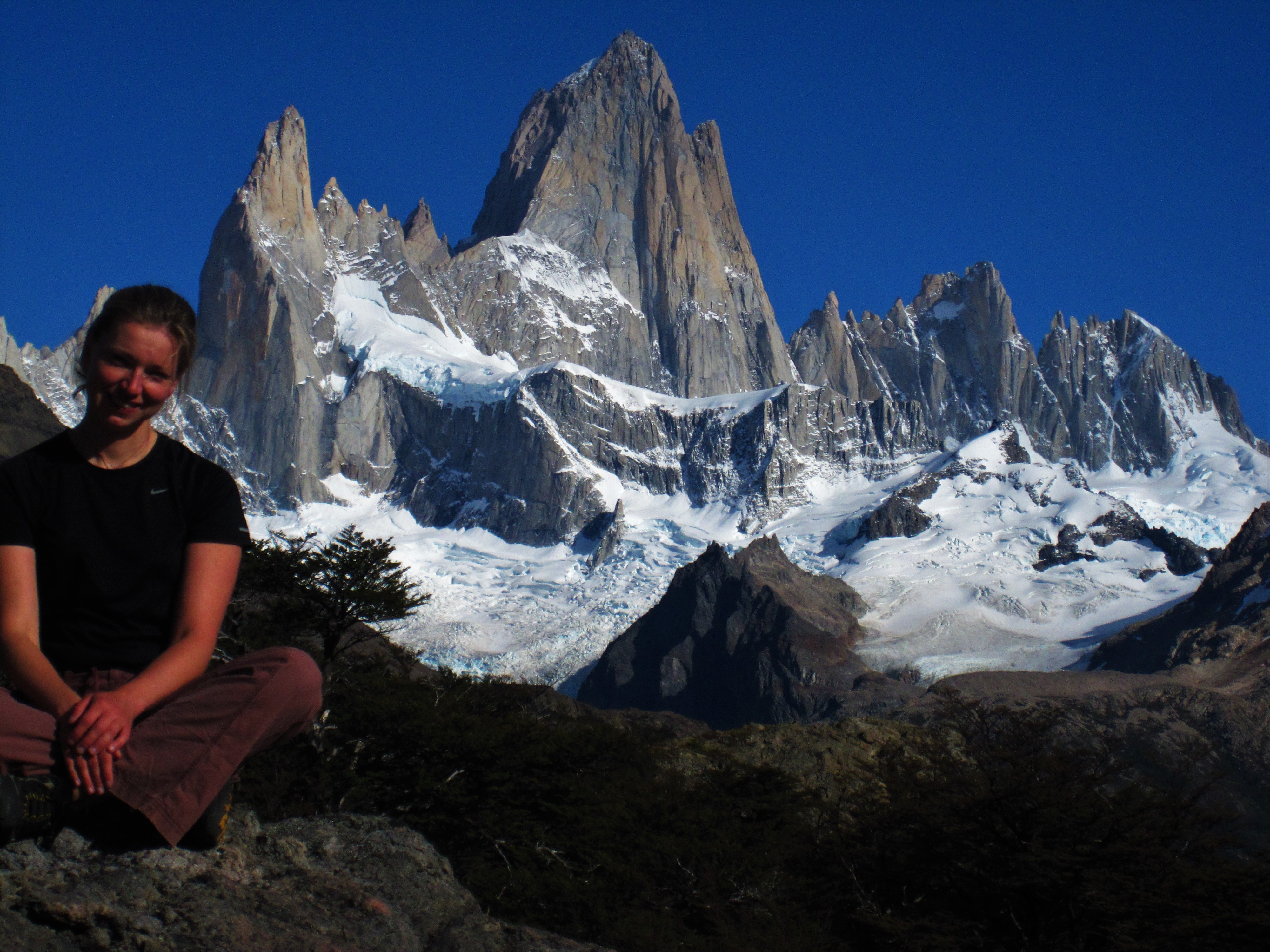 Face to face with Fitz Roy

Last bit of the trail got very steep, with lots of switch backs but it finally led me to the very foot of mount Fitz Roy. The sun shone bright and reflected in the white glacier and a turquoise mountain lake the was sinking into. Grasping for breath and dying with thirst, I decided to take a long sip from it, assuring myself that it is safe to drink from waters so high up and so close to the frozen glacier.

One of the peaks is called Saint Exupery and actually yes, it does remind of the mountain that Little Prince climbed in order to see what he can find on the Earth.

My next steps led back into the valley bellow, following Río Blanco, to a glacier I had on sight on the way coming in. Its moraine was full of huge boulders, some even bolted (climbers’ paradise, I said, right?). The glacier lake was freezing cold and I was happy just to manage to dip my feet in. 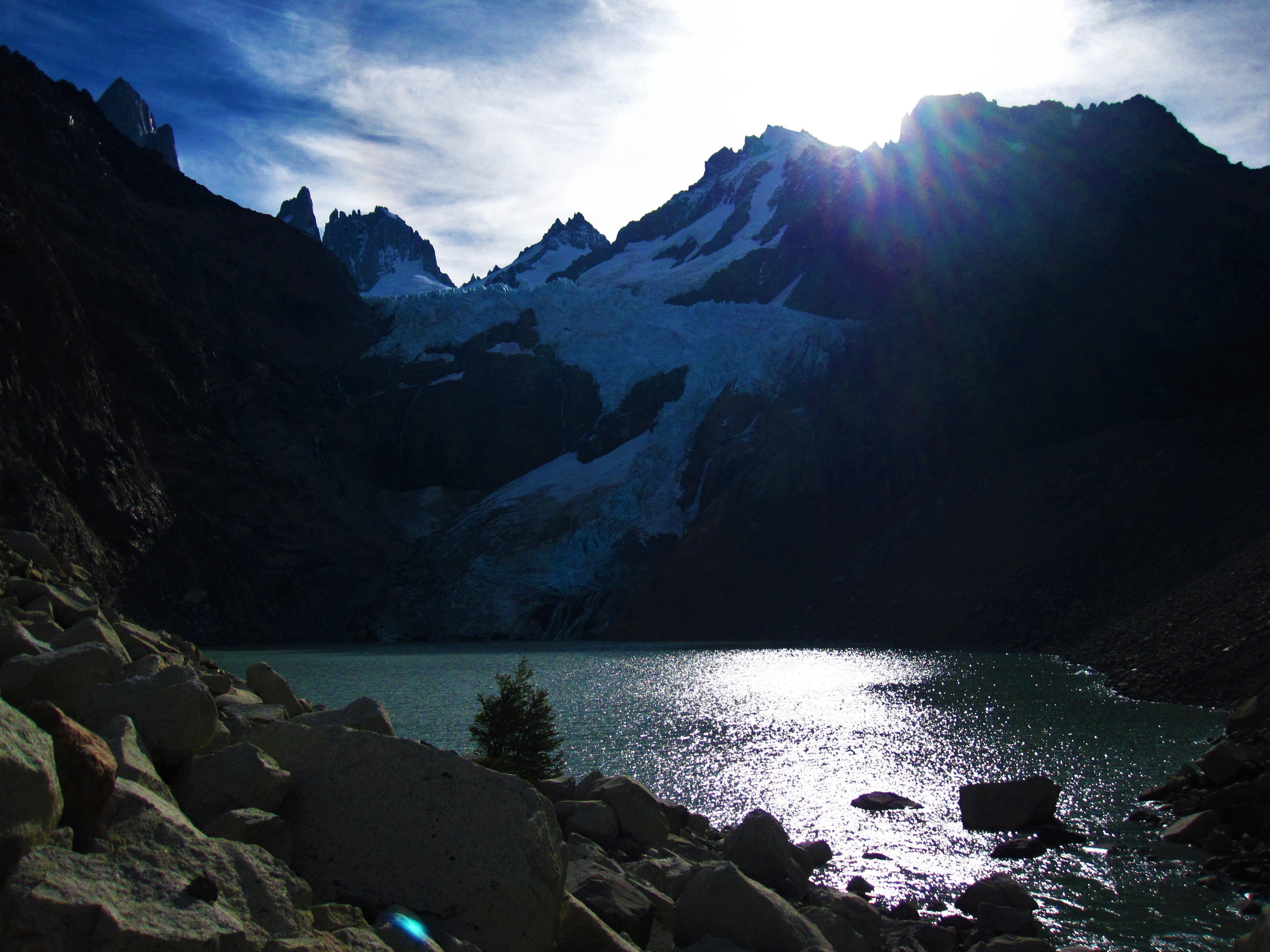 I decided to camp at the foot of Fitz Roy so that I could see it all lit by the rising sun. It was spectacular! The mountains changed from orange to pink, regaining their true color as the sun finally swung over the horizon. 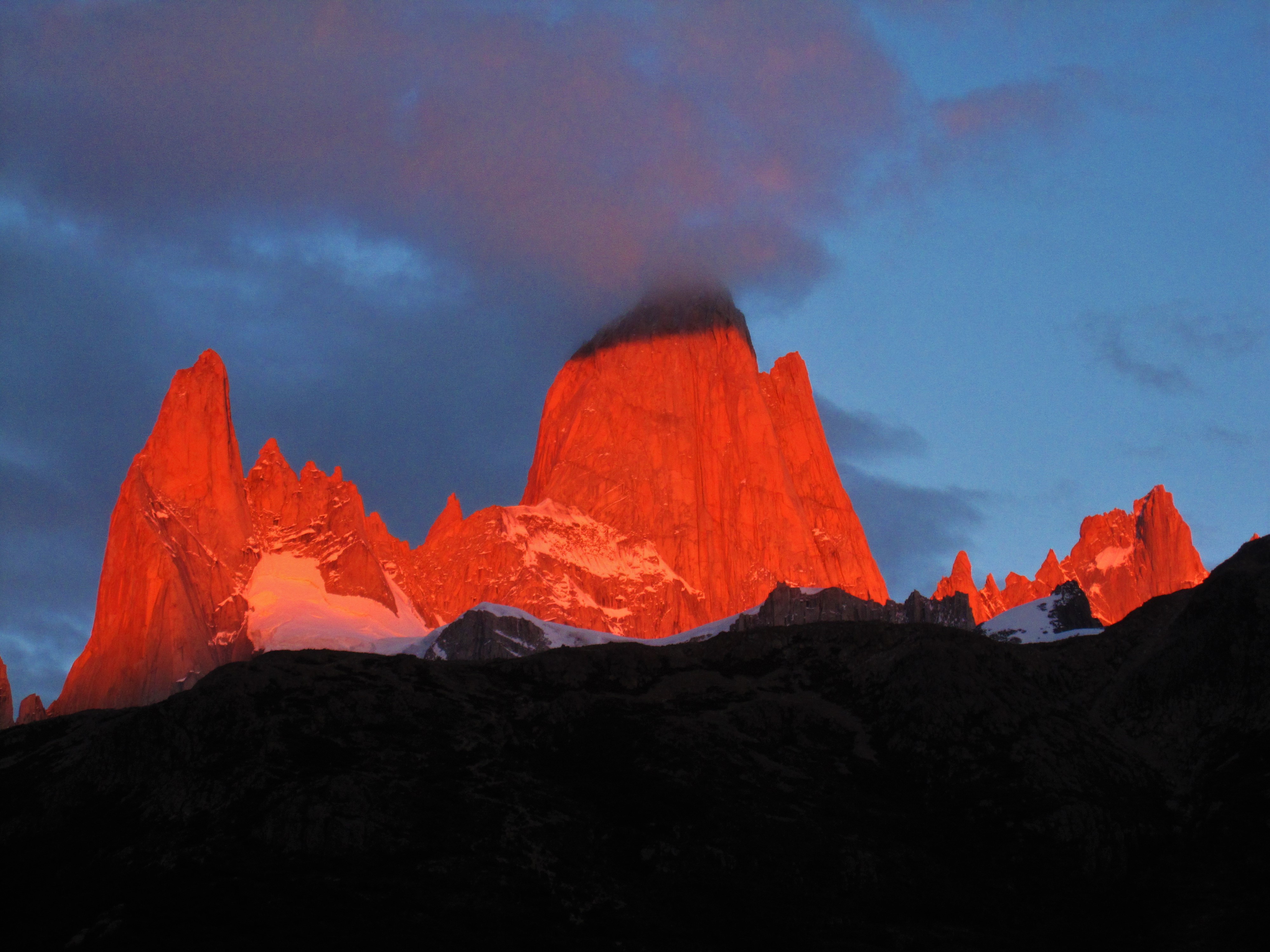 Still amazed with what I had witnessed, I continued my hike, passing two lagoones Madre y Hija (mother and daughter). In another sunny day, this time I could not resist to swim in one of them. Well, that was one of the coldest swim in my life!

And coldest was also the following night camping at Laguna Torre. That’s what you get when you decide to sleep next to a glacier lake. But for an exchange I got rewarded by another spectacular sunrise on the following morning. This time I could watch the Fitz Roy and his fellow mountains from the other side, being slowly lit by the first morning rays, slowly uncovering enormous mass of glacier ice in its full frozen beauty.

Where to point El Chaltén on Argentine map