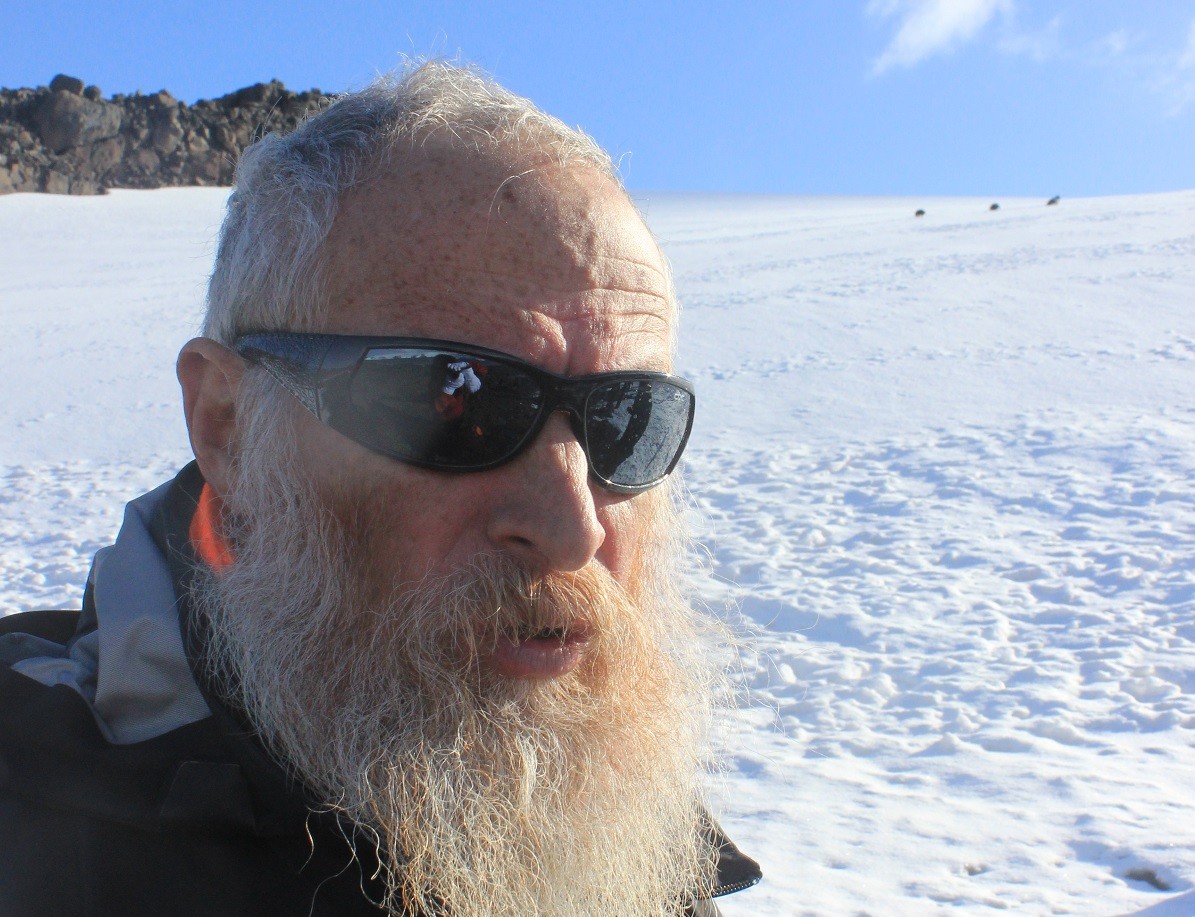 The first Chilean to reach the South Pole on foot, Alejo Contreras Staeding, still remains a key person in Antarctic research and explorations. This famous mountaineer and Antarctic explorer was born in Santiago de Chile and was always interested in the white mountains and the cold remote places, like Antarctica. After he read Robert Falcon Scott’s diary, he had a dream to accomplish.

“When I was a very small kid and I read the book, I said, ‘I need to do that, I will do that, I’m gonna ski to the South Pole,'” remembers Alejo. At that time, nobody believed he could actually do it.

“People said that I’m insane. But that encouraged and inspired me even more,” he continues with a smile. He also admits that it was hard work to get everything organized to make the expedition happen. “But it was a dream and I believe you can realize your dream when you really push into it. Nothing is impossible!”

Fourteen expeditions to the South Pole

The first expedition consisted of three guides and five clients. They selected the clients carefully so they would be able to undergo the journey. The whole preparation for the trip took 3.5 years.

“The most difficult thing of the expedition was getting the budget. Half a million was a budget to make this expedition possible,” Alejo says. “You need to hire an aircraft from northern Canada because ski planes are not available anywhere in South America.”

Alejo described the journey to South Pole as very long walk in a “white jail”. The members of the expedition spent 97 days walking on snow plains with nothing to spot on their way. They walked 1,380 kilometers and had to carry a sleigh that weighed 422 kilograms.

“In the expedition, we were all one team. Everybody had to do their part,” explained Alejo.

The most incredible thing about Antarctica

“One thing I really like about Antarctica,” Alejo says, “is that, it’s really a new continent. It has only been a hundred years since people set foot on the land of Antarctica.”

He likes the continent for its remoteness: “It’s not like when you climb Everest, you come down the mountain, into a village where somebody is going to make you a tea. But in Antarctica, you would have to swim the ocean … So you need to take everything with you to prepare it for yourself.”

The way of treating each other in this cold remote land is also different from living in a city for example.

“In Antarctica, you live in an Antarctic family,” Alejo explains. “When you meet somebody in Antarctica, they would become your brother or sister. Everybody helps each other, no matter what. And even if you don’t speak the same language, you can have a deep conversation.”

In 1981, Alejo Contreras Staeding became the first South American person to climb the highest summit of Antarctica, Mount Vinson at 4,897 meters. He climbed the mountain 16 times, once accompanied by the famous Italian mountaineer and explorer Reinhold Messner.

“The climb itself was not very difficult for me,” Alejo recalls. His many mountaineering experiences trained him well for crossing the crevasses, for dealing with the cold, for doing the necessary routine every day. For him, the hardest part was landing at the base camp. “It is very far, there is no runway, you have to land with a ski plane. You cannot predict the weather. It is also very far and if anything happens, the nearest help would be 2,000 miles away,” he explains. The pilot must be certain he does not make any mistakes.

Alejo Contreras Staeding has been working for 10 years for a company that deals with organizing expeditions called DAP Antarctica. His job is to supervise the general operations of aviation transport to Antarctica. He also takes part in many of the expeditions.

When it comes to his next dream, his next mission to complete, Alejo says, “I would like to row the Pacific Ocean in a boat.”

A boat would take four people on board. The plan is to start in Arica and row all the way to Australia. It doesn’t mean he is tired of Antarctic expeditions but it is something new, a new challenge to take.